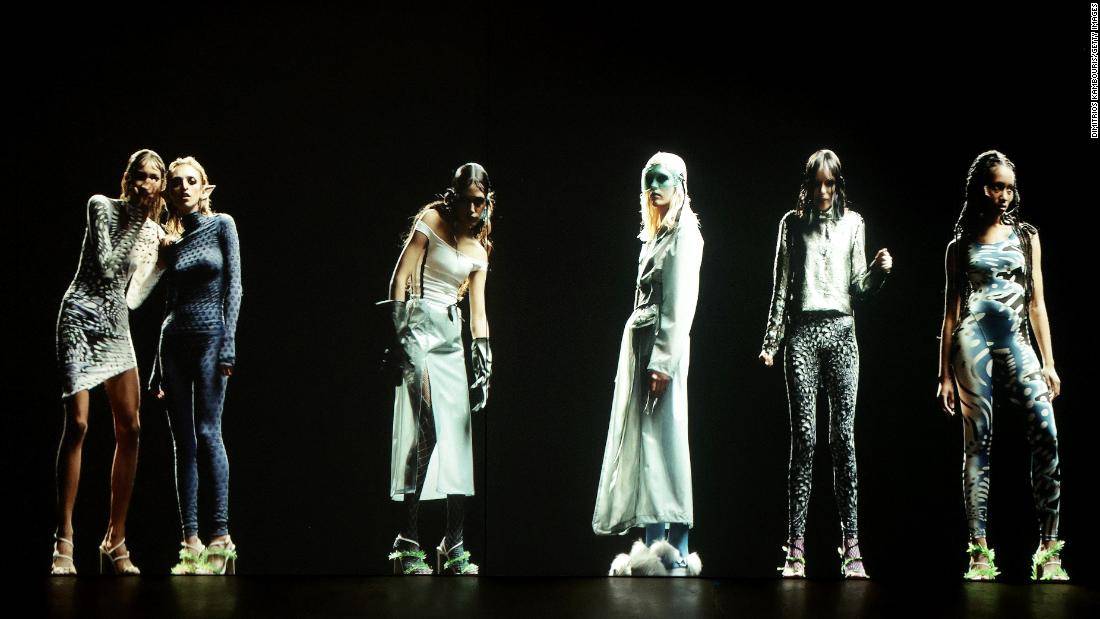 Presentation of holograms designed by Maisie Wilden during the fashion week in New York.

According to a new survey from tech company Accenture, consumer interest in “virtual life” – which includes everything from fashion to virtual products and places – is growing. Shopping in the metaverse, based on the survey results, looks set to increase in 2023.

The growing use of immersive technologies such as augmented and virtual reality (AR and VR) will spur consumer-facing companies – such as retail, consumer goods and travel – to increase investment in new capabilities and experiences to blend worlds physical and virtual, or risk being left behind, explain the results of the survey.

Accenture’s Pulse of the Consumer Survey of more than 11,000 consumers in 16 countries, including India, revealed that almost two-thirds (64%) of consumers had already purchased a virtual good or participated in a virtual experience or service on the last year. This figure is expected to increase, as 83% of those surveyed showed an interest in making purchases through the metaverse.

In addition, 42% of those surveyed said they had visited an online store for advice, to make a payment or to browse a range of products when buying a physical item. Meanwhile, 56% of those surveyed plan to do so next year. Among millennials, these figures rise to 51% and 61%, respectively.

Furthermore, according to the Accenture Technology Vision 2022 report, “Meet Me in the Metaverse: The Continuum of Technology and Experience Reshaping Business,” more than half (55%) of consumers agree that more of their Lives and livelihoods are moving to digital spaces. In response, a vast majority (90%) of retail executives say they expect leading organizations to push the boundaries of the virtual world to make it more real. Additionally, 72% of global executives say the metaverse will have a positive impact on their organizations, and 45% believe it will be disruptive or transformative.

The survey also revealed that half (50%) of consumers said they are purchasing, or would be interested in purchasing, a travel experience, such as a sightseeing tour or hotel stay. This figure rises to 55% of millennials, compared to 29% of baby boomers. As for entertainment, 54% of consumers said they are buying, or interested in buying, tickets to a concert, show or sporting event taking place in a virtual world.

For Accenture’s Technology Vision report, the company conducted a global survey of 24,000 consumers to learn about their use, interactions and beliefs about technology in their daily lives. In addition, Accenture also surveyed 4,650 C-level executives and directors from 23 industries to learn about their perspectives and use of emerging technologies in their organizations.

Consumers don’t want to stop at new ways to shop, travel and socialize. Virtual products and places are also high on their lists, highlighting an opportunity for consumer-facing companies to grow in these sectors.

In the Accenture Pulse survey, 39% of consumers said they had purchased clothing or accessories for themselves or an avatar. More than half of them (51%) are willing to buy digital clothing to wear in a virtual environment in the next 12 months. A recent example: In 2021, Gucci created The Gucci Garden Experience to sell virtual goods and sold a virtual-only digital twin of a Gucci bag for a higher price than its real-world counterpart.

Meanwhile, 38% of consumers said they had purchased “virtual looks” – makeup and hairstyle that can be applied to an avatar or virtually on themselves through a digital filter. Some 48% are “interested” in buying those virtual looks in the next 12 months.