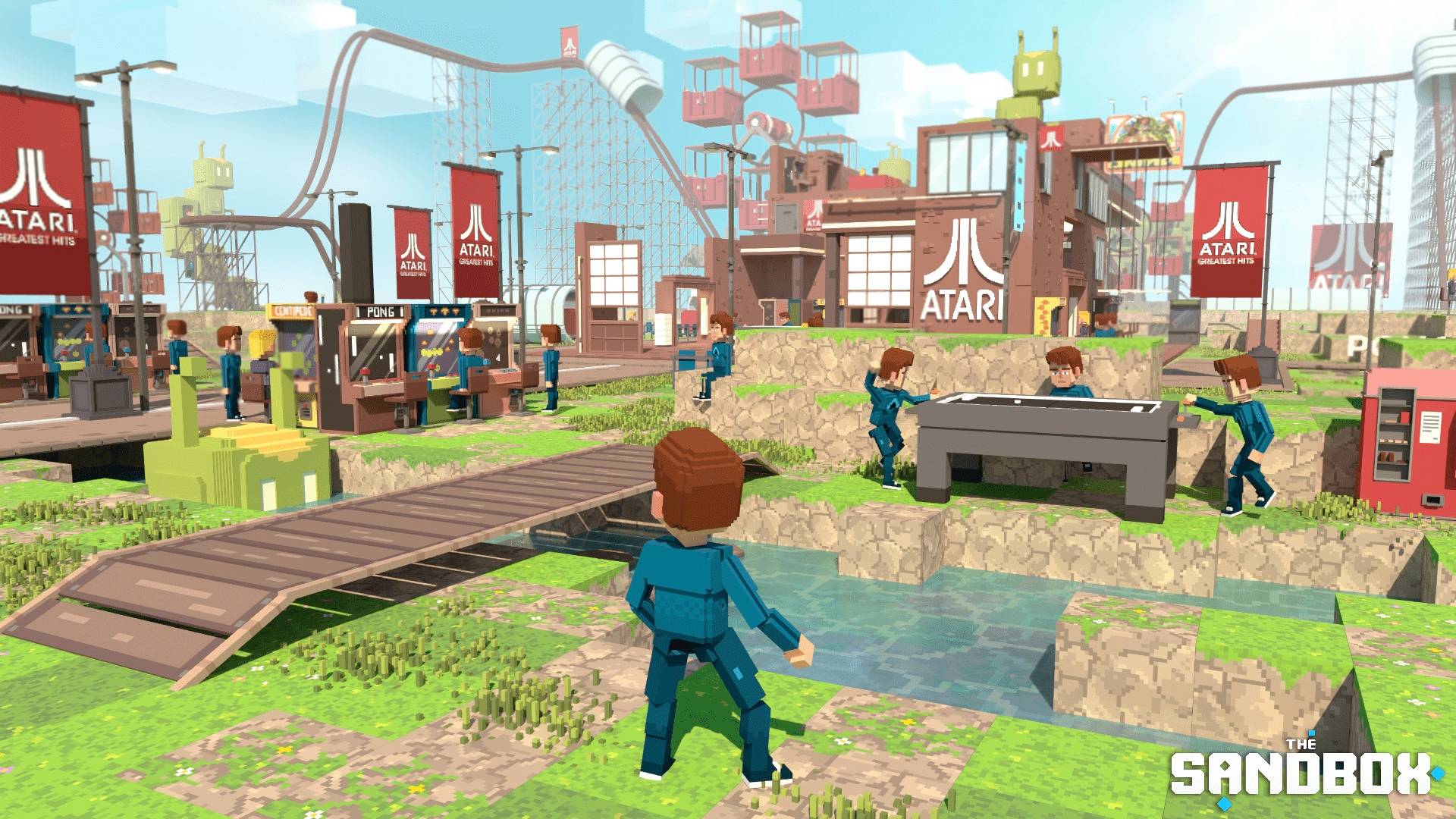 What is The Sandbox? The metaverse game on NFT Ethereum

Build and share your own gaming experiences with the NFT terrain, and explore the metaverse with Snoop Dogg and The Smurfs

The Sandbox, one of the games with the most presence in the metaverse.

The metaverse is coming! Excitement and speculation around the immersive internet of the future has been running high ever since Facebook rebranded itself as Meta and unveiled its own vision for the space, but cryptocurrency creators have been building the metaverse for years.

One of the most anticipated projects in this space is The Sandbox, an Ethereum-based video game that allows users to own a piece of the world in the form of a non-fungible token (NFT), and can use those parcels of the Earth to develop games. and custom places, and even monetize them. It is similar to Decentraland, albeit with a more pronounced video game aspect.

After several years of development, The Sandbox is finally about to hit the market, and has brought with it celebrities and brands such as Snoop Dogg, Adidas, The Walking Dead and Ubisoft. Here’s how The Sandbox works, how you can get involved, and what famous faces you might meet in this upcoming metaverse world.

The Sandbox is an open world video game for PC, Mac and mobile devices that will allow players to freely explore a map made up of thousands of unique experiences. It looks a bit like Microsoft’s smash hit Minecraft, with blocky characters and worlds that look like pixels from retro games brought to 3D, but The Sandbox will have a shared, persistent online map. 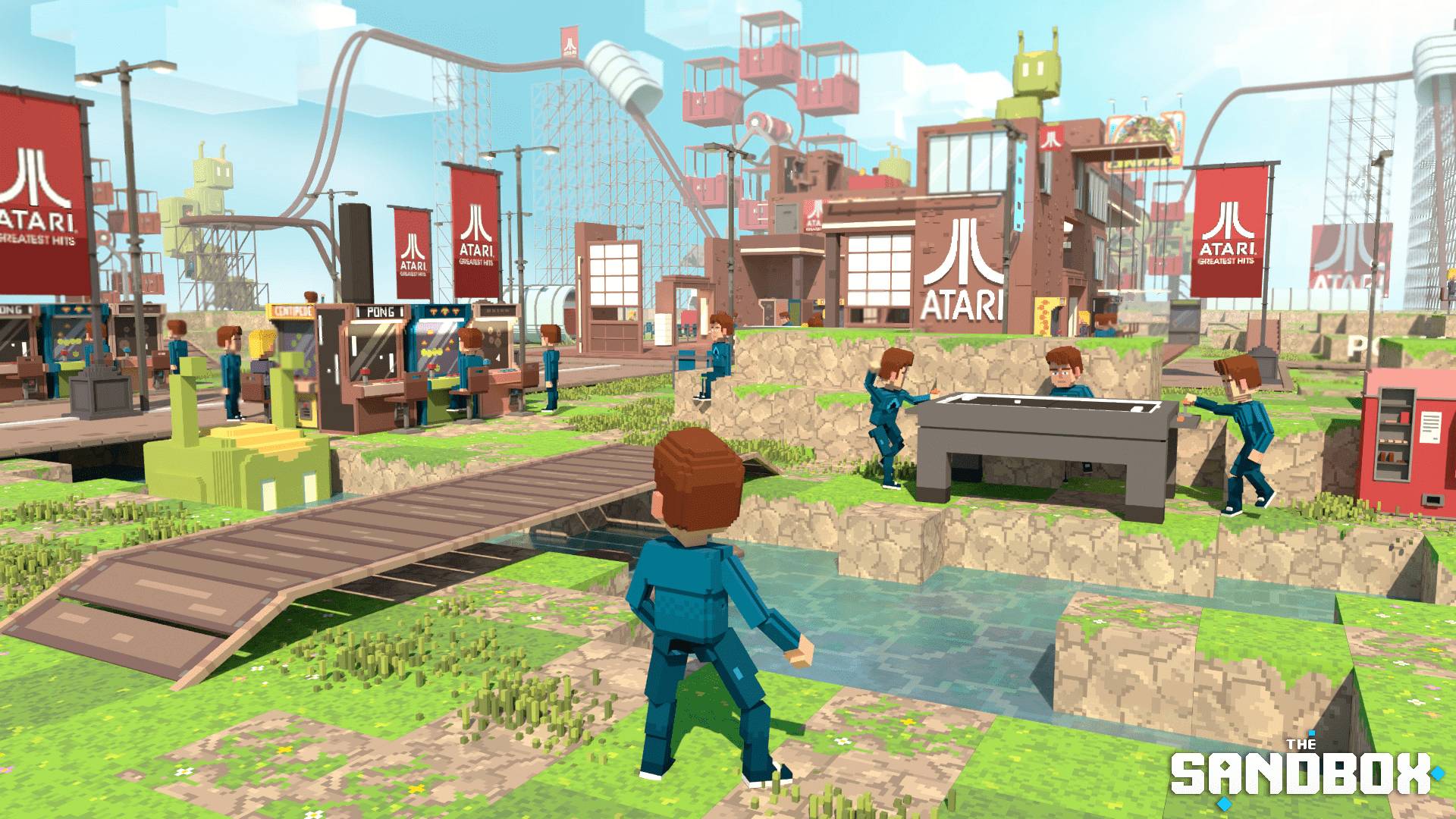 Preview screenshot of what the Atari LAND will look like

However, most of those locations and games on the map will not be created by the original game developers. Every parcel of LAND in the game is an NFT that can be purchased and used to create custom experiences. Some will be run by brands or communities, while others may come from individual creators who want to carve out their own personal space in this metaverse world.

We’re likely to see virtual events in the world of The Sandbox, like confirmed ones from Snoop Dogg and Warner Music Group artists, as well as NFT launch parties and other live experiences. It could become an immersion hub for the broader Web3 community.

What is the metaverse?

The metaverse refers to a future, more immersive version of the Internet, anticipated to be experienced through avatars in shared 3D spaces. Proponents of this potential online world of the future believe that we will socialize, shop, play, and even work in metaverse environments.

That said, the term “metaverse” and how it will actually take shape are a bit nebulous for now. For cryptocurrency builders, the metaverse implies a series of worlds based on blockchain technology that use open and interoperable technology. In these kinds of environments, NFT assets such as avatars, virtual clothing, and other items could be used across worlds and games.

An NFT works like a deed of ownership of an item, including digital assets such as artwork, videos, profile photos, and video game items. Gaming is a growing sector in the broader NFT market, with other games like Axie Infinity Y ZedRun that use NFTs for in-game assets.

While proponents of Web3 highlight the potential for an open and interoperable metaverse built on blockchain technology, it is unclear whether tech giants entering the space such as Meta share those ambitions, although the company did highlight NFTs in its presentation. . Meta and other large centralized players could instead focus on immersive virtual and augmented reality (VR/AR) experiences, with limited interoperability.

How does the Earth work?

LAND is what The Sandbox calls its virtual land parcels, and the map is huge: there are 166,464 individual parcels in the world. Each of them is represented by an Ethereum NFT and can be freely traded and resold on marketplaces (such as OpenSea). There are different sizes of LAND, including estates, that can house much larger venues and experiences.

If you own a LAND parcel, you can build whatever you want on it: interactive games, virtual meeting spaces and much more. The Sandbox has released construction tools that allow creators to design terrain and build game mechanics, and you’ll even have the option to monetize the experiences you create. You’ll also be able to buy a bunch of land and rent it out to other builders if you feel like it.

What’s so special about it?

We haven’t seen the full experience yet, but part of what excites some people about The Sandbox is the ability to own personal space in a shared game world. You’ll be able to wander around and visit other user-created spaces, hang out and socialize, and the user-owned aspect means the game world can constantly change.

For creators, it’s an opportunity to create games and share them with an audience of gamers. For LAND owners, it’s a potential money-making opportunity. And for fans of NFTs and the Web3 community, it provides a shared space to soak up the culture and interact with others who like the same kinds of things.

Who is in Sandbox?

Sandbox has spent the last two years gradually amassing a growing list of partners, and is a veritable sack of franchises, brands, and celebrities.

It’s a bit of an odd mix, all put together like this, but the sheer vastness of the world and the user-generated look and feel means there’s going to be a lot of variety in the world. Cryptocurrency collectors, such as Whale Shark and Pranksy, have also taken up a considerable part of the map, while cryptocurrency brands such as Gemini, Binance, Ledger, and Socios are in the mix.

How to Buy Sandbox NFTs

Although the game itself has yet to be released, The Sandbox has been selling NFTs for a couple of years before its eventual full release. The project organizes occasional LAND sales that allow potential players and investors to buy on the primary market, or you can search the secondary markets to buy LAND and other assets.

For example, the leading NFT marketplace, OpenSea, has over 100,000 parcels of LAND at the time of writing. Additionally, you can purchase other NFT assets to use in the game, such as avatars and items. Snoop Dogg, for example, has sold a number of 3D NFT avatars based on his likeness, which are also available through OpenSea and other marketplaces.

Sandbox is buying up valuable NFTs to display in its game world, including a piece of the Bored Ape Yacht Club purchased for a record $2.9 million worth of ETH in September 2021.

Sandbox has yet to announce a firm date for the full experience to open, but it is believed to be late 2022 at the earliest. end of 2021.

At the time of this writing, Sandbox has hosted two such alpha testing periods, each lasting a few weeks and opening a small selection of curated experiences to the public. For example, in the last session, there were over 35 different worlds to explore, including experiences from Snoop Dogg and the SCMP, plus an NFT museum anchored in World of Women footage.

Although exploration and experience are free, only people who purchased an NFT Alpha Pass were able to receive gaming token rewards for completing missions. In other words, you have to spend money to earn money (tokens), but the game itself is free to play.

In our time exploring the alpha worlds, we found that the most engaging experiences were those that felt immersed in NFT and Web3 culture, such as the aforementioned museum and also a dance club adorned with NFT artwork from various collections. .

On the other hand, games with more complex game mechanics – such as combat and jumping – sometimes felt clunky and unpolished. However, it is soon. And as the game world takes shape and more builders arrive, there’s bound to be a greater variety of things to see and play. Hopefully the level of quality will increase over time.

The Sandbox currently has all of its NFT assets on the Ethereum mainnet, but plans to move to the Polygon sidechain scaling solution before the full game launch to reduce transaction fees and power consumption. Between that move and the desire to give LAND owners more time to build, the game’s full release could still be some distance away.

“The metaverse has to be built by people,” The Sandbox co-founder and COO Sebastien Borget said in December 2021. “Once they build with our tools and create experiences that are ready to be open to the public -and we’re live on layer 2 posting experiences on your EARTH- I think this will be a great time to start.”

Even if that’s months away, it may be one of the standout metaverse experiences when it’s fully released. Facebook announcements have skyrocketed LAND metaverse sales and pushed up the price of The Sandbox’s SAND token, but it could be many years before Facebook’s own metaverse vision comes to life. The Sandbox can have a considerable advantage.