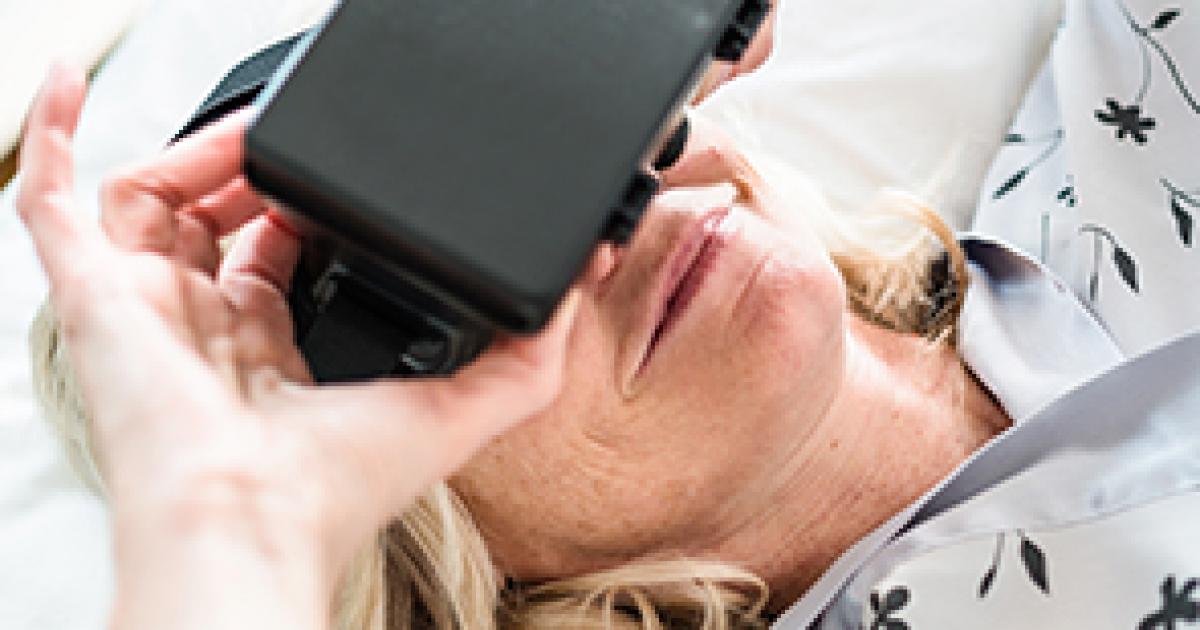 “You feel like they’re crawling through your gut,” says Judy. “First you feel hot, then cold, and you want to escape.” The face of this 57-year-old woman, who sports short dark gray hair, reflects hopelessness. She sits, breathless, she speaks with her right leg balanced on a cane as she rocks it back and forth.

Judy explains that she suffers from constant disabling pain: arthritis, low back pain, fibromyalgia and migraines on a daily basis. She was a manager at a major electronics firm until 2008, but she can no longer work. Many times, the pain is so bad that she can’t get out of bed. Every day she takes about twenty medications, including painkillers, antidepressants and sedatives, in addition to a skin patch containing a strong dose of the opioid fentanyl, which, as she explains, hardly gives her relief, so she plans to get rid of the. Her doctor has been reducing her dose for months, so that, in addition to her pain, she suffers withdrawal symptoms: chills and a feeling of anguish. At the clinic where they treat her, they announced that they were going to stop prescribing her opioids, a decision they had to make, not of their own free will, but because of the new and stricter measures that have been established in the US to prevent abuse. of this type of compound by patients. Without access to the drug, which she physically relies on, she Judy chooses to seek help at the Pain Consultants of East Tennessee (PCET) clinic.

Ted Jones, the head of the center, calls patients like Judy “refugees.” He says he sees “tons” of similar cases: More than 100 million Americans suffer from long-term pain that is now at the epicenter of two health catastrophes: chronic pain and opioid abuse.

Over the past two or three decades, American doctors have been treating ongoing pain problems with ever-increasing doses of opioid painkillers, such as hydrocodone and oxycodone, from the same chemical family as morphine and heroin. These drugs have turned out to be less effective for chronic pain than expected and, instead, much more addictive. Such a surge in prescriptions has led to an upward spiral of opioid abuse and tens of thousands of overdose deaths.

Efforts to restrict prescription and abuse of opioids are beginning to bear fruit. But, in view of the spectacular failure of pharmacotherapy to treat chronic pain, alternative treatments are urgently needed to combat a situation that blights millions of lives. Jones is testing a new technological path, apparently of doubtful success: virtual reality.