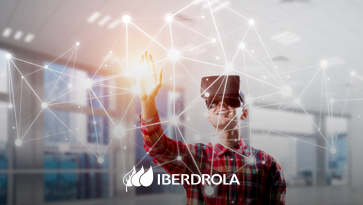 Virtual reality, the technology of the future

THE FUTURE OF VIRTUAL REALITY

Virtual Reality is one of the technologies with the highest growth projection. According to the latest forecasts from IDC Research (2018), investment in VR and AR will multiply by 21 in the next four years, reaching 15.5 billion euros in 2022. In addition, both technologies will be key within the digital transformation plans of companies, whose spending in this area will exceed that of the consumer segment in 2019. In this sense, By 2020, more than 50% of large European companies are expected to have a VR and AR strategy.

Today, the market demands applications that go beyond leisure, tourism or marketing and that are more affordable for users. Virtual interfaces also need to be improved to avoid flaws such as clipping, which makes certain solid objects appear to pass through. Or minimize the effects that VR produces on the body, among them, the so-called motion sickness, which consists of a dizziness that is induced by the mismatch between the movement of our body and the vision of the virtual world.

The big technology companies are already working to develop glasses that do not need cables and that allow viewing images in HD. Thus, they are developing virtual reality glasses in 8K and with much more powerful processors. There is even talk that in the coming years they could integrate Artificial Intelligence. 5G can also provide very interesting scenarios for the evolution of VR. This standard will allow connect more devices and large user communities. In addition, its almost imperceptible latency will make it possible for consumers to receive the images in real time, almost as if they were seeing them with their own eyes.

Be that as it may, Virtual Reality is no longer science fiction. It is integrated into our present and, in the coming years, it will lead advances that will shape the future.