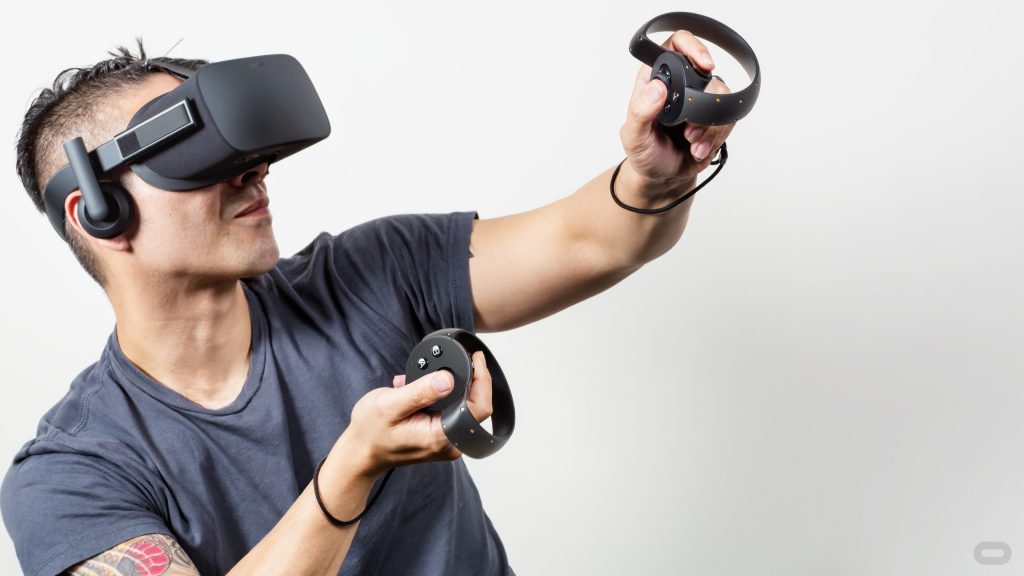 It is difficult to provide a unified definition of virtual reality, but we could say that virtual reality is an environment of hyper-realistic scenes or objects generated through computer means. This virtual environment provides users with an immersive experience that produces a sensation of reality with the perception of various stimuli captured through different devices such as virtual reality glasses or headsets.

The virtual reality applications they are practically infinite and have to do with simulating a reality that breaks with the physical space-time reality in which the user currently finds himself and that provides him with a safe and less expensive environment, but very similar to the real world. Thus, they can have a place in sectors as disparate as education, education or training, the exhibition and sale of products and services, medicine, leisure or tourism.

In order to use this technology, virtual reality headsets or glasses are necessary. Also known as HMDS, there are basically two types: those that have a built-in screen and those that are essentially a casing for the user to insert a smartphone. We are going to focus on those who carry built-in screen for much higher quality.

The screens of these devices can be LCD although others with OLED technology are beginning to appear on the market.
While some helmets use two LCD displays (one for each eye), others opt for a single display with a division in the center. Some have lenses placed between the eyes and the display, and can be adjusted to eye distance. The lenses modify the image for each eye, changing the angle of the 2D image of each display to create a 3D effect, simulating the differences with which things are seen with one eye compared to the other.

Another important aspect of HMDs is the field of view. Most work with a field of view between 110º and 120º.
Finally, two points should be highlighted: frames per second (FPS) and latency. A minimum of 60 FPS is essential for the eye to perceive the images naturally and not cause dizziness. All major helmets exceed this minimum. The other point is the latency, which must be less than 20 ms so that the user does not experience a sensation of delay between what he does and what he sees.

Among the most famous virtual reality headsets on the market are:

Oculus Rift: virtual reality device for both recreational and professional uses, developed by the company Oculus VR (acquired by Facebook) It works connected to a computer, where the software is executed, which allows you to take advantage of all its power for your recreation of the virtual world .

PlayStation VR: It is a virtual reality headset designed by Sony to be fully functional with the Playstation 4 and Playstation 4 Pro console. 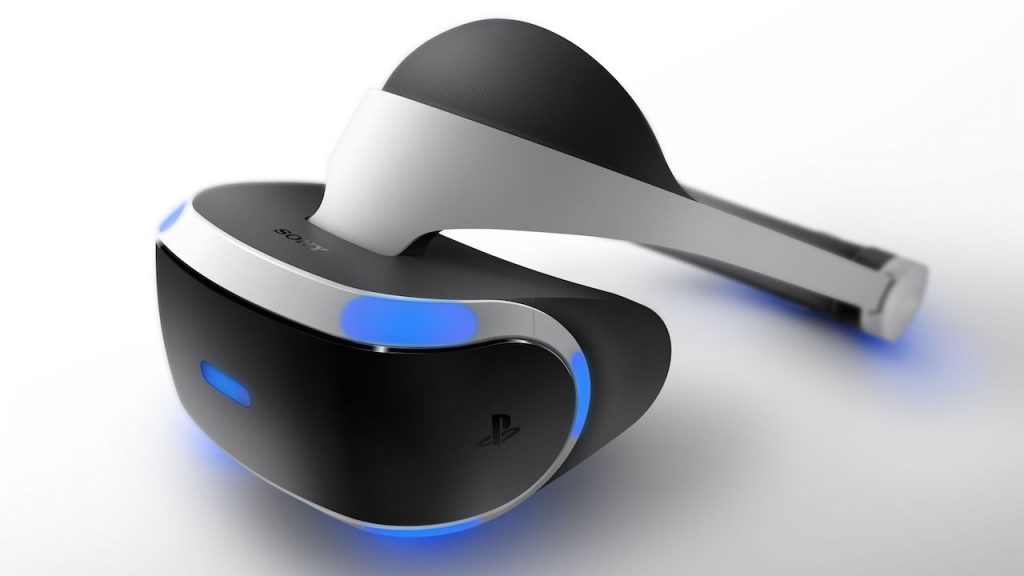 Microsoft HoloLens: augmented reality and mixed reality glasses under development by Microsoft within its Windows Holographic platform. Presented to the public in 2015. Unlike others, they have their own processing hardware and operating system (Windows) incorporated, so they are independent of any external device. It uses its own platform that has been baptized Windows Holographic. 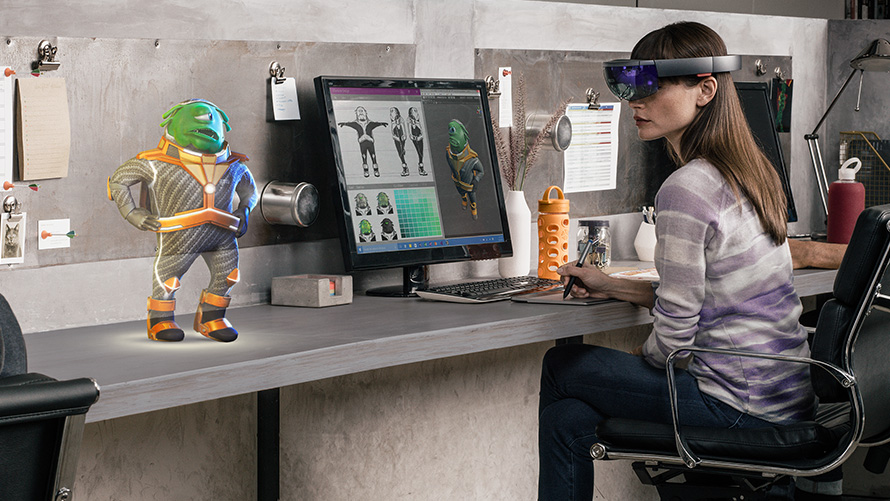 HTC Vive: With an announced resolution of 1080×1200 for each eye, 90 Hz refresh rate, and more than 70 position and orientation sensors.
StarVR: Developed by Starbreeze Studios and compatible with the open SteamVR system. They stand out for their wide field of vision (210 degrees) by using two 2560 x 1440 screens, one for each eye. 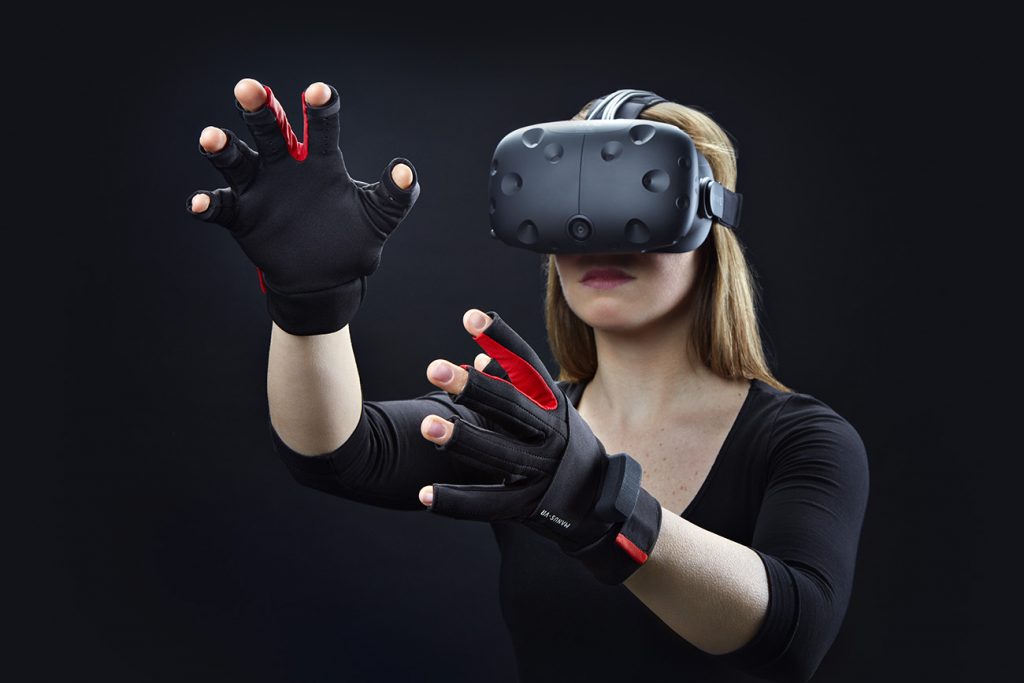 FOVE VR: they have the peculiarity of incorporating eye tracking (eye tracking), which allows things like focusing the image according to where you look, or new forms of visual interaction.

It is necessary to apply a series of techniques so that the user has a sensation of reality. The most important are head tracking, motion tracking, and eye tracking.

Head tracking allows an application to recognize the user’s head movements, and perform image scrolling when the user moves their head in any direction. To carry out this tracking, accelerometers, gyroscopes and magnetometers incorporated in the HMDs are used. In addition, each company uses its own technique to determine the position of the head.

The oculus rift uses its own system called the Constellation Tracking System. It consists of a series of 20 infrared LEDs placed around the headset in a recognizable pattern and a sensor. The sensor is capturing frames and analyzing the position of all the LEDs, thus allowing monitoring.

Something similar is what you use PlayStation VR, except it’s only 9 LEDS. The disadvantage of PSVR is that it has to be adjusted with the camera every time a person of a different height (for example) uses it. In addition, the PlayStation Camera, necessary to be able to use it, has to be quite close to the user to work well. In fact, Sony recommends that the PSVR be used seated, approximately 1.5 meters from the camera and with enough space to make some light movements. In fact, from this distance the performance decreases, and Sony does not guarantee that the camera will correctly detect movement from 3 meters.

The method used by HTC Vive it is much newer. This is a tracking system called Lighthouse. It does not require a camera, and the HMD does not emit light. The system consists of two boxes that are placed on the wall at an angle of 90 degrees.
Then you need to determine the size of the room. These boxes contain some LEDs and two laser emitters, one horizontal and one vertical. On the other hand, the HMD and the two controls (two are necessary to be able to determine the position of both hands and arms) have sensors that capture the light and the lasers emitted by the boxes. The LEDs light up and the receiving devices start counting. One of the two lasers emits a sweep across the room. The devices detect which sensors have been hit by the scan and how long it has been since the LEDs flashed and use this information to calculate their position relative to the boxes. When you get too close to a wall, a translucent grid appears warning you that you are close to a real wall.

Motion tracking is an extension of head tracking, but allows other types of movements to be recognized, such as limb movements. This field is not as advanced as the previous one, although large companies are focusing their interest on it.

It is a technology that the main companies have not yet incorporated, but it is present in the HMD FOVE VR. This HMD incorporates interior infrared sensors that capture eye movements. This allows for a wide spectrum of options ranging from replicating your eye movements in your virtual avatar, to eliciting reactions from other characters based on the way you look at them. What is more impressive is the realism that eye tracking offers.

Since Theseus We have always bet heavily on the innovation and we have spent several years developing systems focused on achieving virtual reality. We were pioneers in Castilla y León in recordings of 3D stereoscopic video (year 2010). Two years later we started to develop 360 degree video and applications of augmented reality. Knowledge of these technologies and Teseo’s experience in the audiovisual sector and the development of computer applications have converged in the development of Virtual Reality. We are currently immersed in the creation of an application for real estate developers.