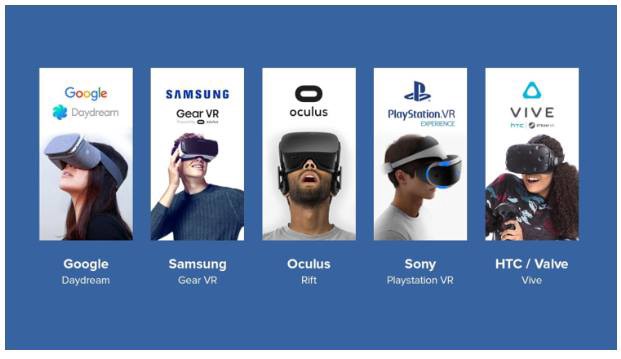 Despite having many things in common, Virtual Reality (VR), Augmented Reality (AR) and Mixed Reality (MR), from now on VAM, are not the same. This article presents the main differences, motivations and use cases of these three technologies.

Today’s technology has come a long way from the days of the View-Master’s cardboard disks, which contained seven stereoscopic 3D pairs of small color photographs, to Virtual Reality and its cousin Augmented Reality.

In this article, we’ll start by pointing out the characteristics of each member of the VAM, and then a quick trip back in time to see how they evolved. Finally, we will assess how they fit into today’s reality, and how they may affect the future.

Virtual Reality, also called VR by its English name (Virtual Reality), is a simulated and immersive experience projected by a device in the user’s vision. Imagine walking down the Champs-Elisée in Paris, while sitting in our room in Buenos Aires. All we need is a headset that projects us into a simulation through a visor. That and much more is what VR promises.

How does Virtual Reality work?

Some of us may remember what an exciting experience it was to try Mattel’s View-Masters, introduced to the market in the ’60s. Today’s VR is a modern version of that stereoscopic vision effect: it requires an array of lenses inside the helmet’s viewing bridge, and a mountable device where the experience is stored and/or computed.

From pure observation to full immersion, the range of capabilities varies depending on the device and type of helmet used. Using a remote control in sync with the mountable device allows the user to interact with 3D objects in space, within the experience, both for VR games and virtual interfaces and applications.

The brief history of Virtual Reality and its evolution over time

Leaving aside the technicalities of VR for a moment, and focusing on the immersive 360° experiences it is intended to project us into, we could argue that virtual reality began with “the 360° murals (panoramic paintings) of the 19th century”, as stated by the Virtual Reality Society in its History of Virtual Reality. We go from an early flight simulator (1929), through Morton’s first mountable device in 1960, to the full simulation experience of Neo’s world within the Matrix in 1999.

Which companies are currently leading the VR market?

Fast-forward to 2014, when Google massively promoted a DIY (Do it Yourself) headset that uses the smartphone to deliver a VR experience: Google Cardboard. The following year Samsung joined with its Gear VR, and the new race for virtual reality had already begun. Officially acquired in June 2014, Oculus VR joined the Facebook family to accelerate its goal of dominating the high-end spectrum of virtual reality headsets.

The A of VAM

Just as its name suggests, Augmented Reality, or AR (Augmented Reality), complements our perception of the world through the superimposition of computer generated graphics, images, and a series of interactive data.

How does Augmented Reality work?

Today, AR only requires a smartphone with a camera and an augmented reality app. Two key elements that make it work are the camera’s ability to capture the environment around us as we move, and software that calculates and projects some computer-generated images or content.

A good example of this in action is the recent AR app created by IKEA in which it allows us to see how a new piece of furniture would look in the room.

Designers and architects could clearly benefit from this new way of creating full-scale objects in a real-life context. “Now, technology has caught up to our ambition. AR enables us to redefine the furniture retail experience once again, in our relentless quest to create a better quality of life for everyone, everywhere,” says Michael Valdsgaard, Digital Transformation Lead at Inte IKEA Systems.

A brief history of Augmented Reality

From projecting the first yellow line during a live NFL game in 1998 to overlaying mapping data to assist simulated NASA flybys, augmented reality existed outside of science fiction for several decades.

In 1974, Myron Kruger combined projectors and video cameras in an interactive environment, it was the birth of AR as we know it today.

ARKit vs. ARCore — The fight between Apple and Google for the domination of Augmented Reality

Apple’s ARKit for iOS 11 promises to democratize AR content development and mass consumption. It’s a direct response to ARCore, which has the advantage of leveling up your knowledge by also being part of the VR space, unlike Apple. Both design and development frameworks promise to simplify and speed up the creation process and put technology in the hands of millions of users who already own Android and iOS phones.

Because augmented reality apps are still new to the mass market, it’s too early to say what a major difference there is between the two development kits, except that they each target their own operating systems and audiences.

Now that the two most prominent tech companies (between them they control 99% of the smartphone market) have given augmented reality a public push, we should start to see industries being disrupted again.

The M of VAM

Mixed Reality is a hybrid between VR and AR and aims to offer the best of both worlds. For example, just as it is based on a helmet such as the Virtual Reality one that allows us to see through a translucent visor or lens, it also projects images integrated into our environment.

What makes the MR stand out is its highly interactive look and feel, and the realistic rendering of the projection that is added all around us. Instead of relying solely on remote controls or phone screens, we can interact with immersive content using natural touch and body gestures.

Apple and Google clearly lead in the field of AR, but the MR landscape today favors Microsoft for its device called HoloLens, and a Magic Leap that day by day gets more investments even though it has not yet published more than a conceptual demonstration of your product.

Microsoft HoloLens and Magic Leap, taking the lead in the Mixed Reality race

Despite the commercial failure of Google Glass, Microsoft jumped at the chance to work on its “holographic computer” idea. The name “HoloLens” comes from the experience that “allows us to connect with digital content and interact with holograms in the world around us.”

Being one of the start-ups without an end product, this Google-sponsored venture is also one of the most secret projects historically observed in the technology industry. Magic Leap CEO Rony Abovitz calls it “cinematic reality, a complete turnaround on visual computing.” This mixed reality technology company focuses on the challenge of designing for interactive environments by balancing the best of virtual reality and augmented reality systems.

Although it has not yet been publicly communicated, it uses holographic glasses that take advantage of DDLS (Dynamic Digitized Lightfield Signal) technology, projecting images directly into the eye and “trick” the brain into thinking that it is something real. The result is a richer, more believable augmented experience.