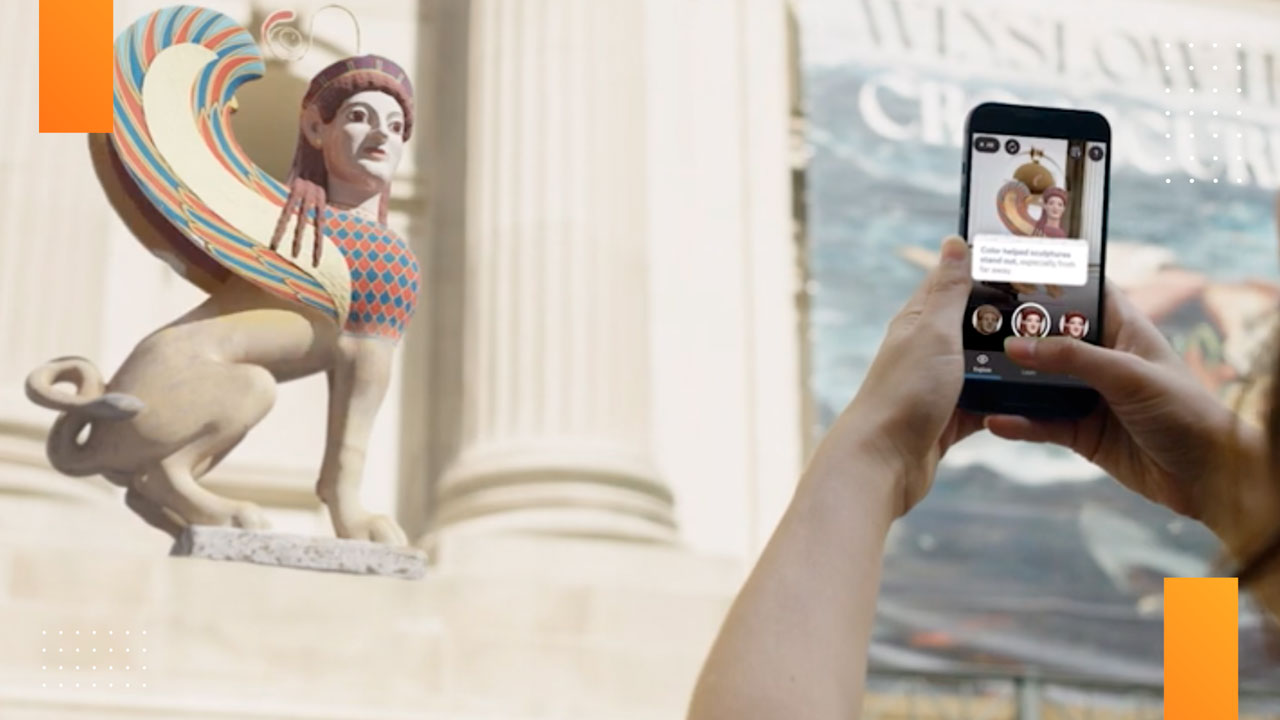 While ancient Greek and Roman sculptures are often shown as pristine white marble in museums, they were actually once colorful and richly adorned with detailed ornamentation. The Metropolitan Museum released a WebAR experience called Chroma AR that allows anyone with a smartphone to explore the use of the colorful backstory in ancient sculptures.

Exploring the practices and materials used in ancient polychromy, the exhibition highlights cutting-edge scientific methods used to identify the ancient color and examines how color helped convey meaning in antiquity, and how ancient polychromy has been viewed and understood in later periods

The reconstructions are the result of a wide array of analytical techniques, including 3D imaging and rigorous art historical research. Polychromy is a significant area of study for The Met, and the Museum has a long history of investigating, preserving, and presenting manifestations of the original color on ancient statuary.