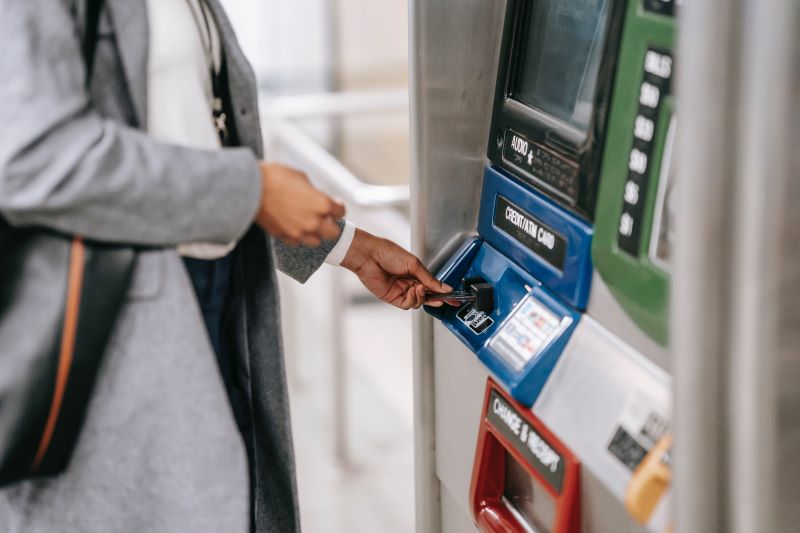 The biggest story NOT told

With the war in Ukraine, skyrocketing inflation, looming food shortages and more, it’s easy to overlook the elites’ ongoing war on cash. Digital money leaves you vulnerable, you must protect yourself.

With so much going on with the war in Ukraine, skyrocketing inflation, looming food shortages and more, it’s easy to overlook the elites’ ongoing war on cash.

But that is a serious mistake because it has serious implications not only for your money, but also for your privacy and personal freedom, as you will see today. My view is that the war on cash is dangerous in terms of loss of privacy and risk of wealth confiscation by the government.

The war on cash is a global effort being waged on many fronts. Of course, it is always expressed in benevolent terms.

Governments always cite money laundering, drug trafficking, and terrorism as excuses to police honest citizens and deprive them of the ability to use money alternatives like physical cash, gold, and these days, cryptocurrencies.

Governments want you to associate cash with crime. Cash is the money of the bad guys.

Thus, the real burden of the war on cash falls on honest citizens who make themselves vulnerable to wealth confiscation through negative interest rates, account freezes, and limits on cash withdrawals or transfers.

But it is convenient!

The enemies of cash also promote the ease and convenience of digital payments. Of course, there is no denying that digital payments are certainly convenient. I use them myself in the form of credit and debit cards, wire transfers, automatic deposits, and bill payments. I’m sure you do too.

But the surest way to lull someone into complacency is to offer a “convenience” that quickly becomes a habit and impossible to break. The convenience factor is becoming more prevalent, and consumers are moving from cash to digital payments just as they moved from gold and silver coins to paper money a hundred years ago.

A survey revealed that more than a third of Americans and Europeans would have no problem giving up cash and going completely digital. Specifically, the study showed that 34% of Europeans and 38% of Americans surveyed would prefer not to use cash.

But in reality, the so-called “cashless society” is just a Trojan horse for a system where all financial wealth is electronic and digitally represented in the records of a small number of mega-banks and asset managers.

Once that is achieved, it will be easy for state power to seize and freeze wealth, or subject it to constant surveillance, taxation, and other forms of digital confiscation like negative interest rates.

If you say the wrong things on social media, oppose mandatory vaccination, or criticize government policy, your accounts may end up frozen. If you think that sounds unlikely, look at Canada.

You remember the trucker protests against compulsory vaccination earlier this year. They were completely peaceful. But Canadian Prime Minister Trudeau was given “special emergency powers” to shut them down.

He ordered all banks to freeze the protesters’ accounts, as well as anyone who helped them in any way. He froze over $6 million in private accounts for peacefully protesting forced vaccinations.

If you don’t think that can happen in the US, you’re just naive. We are on the way to adopting a “social credit system” like the one China has developed.

The government can’t do any of this as long as you can go to your bank and withdraw your cash. That’s why they hate cash. To control their money, they must first herd it into a digital cattle pen.

That is your real goal and all other reasons are just a smoke screen. That’s what they won’t tell you.

The elites know that they cannot impose their unpopular agendas in normal times. Global elites and deep state actors always have a long list of programs and regulations that they can’t wait to put into place.

However, when a crisis strikes, citizens are desperate for quick action and quick solutions. The elites present their ransom packages, but then use them as Trojan horses to sneak their wish lists inside.

That is what we have seen.

The USA Patriot Act passed after 9/11 is a good example. Of course, some counter-terrorism measures were needed. But the Treasury had a long wish list that involved reporting cash transactions and limiting citizens’ ability to obtain cash.

They inserted that wish list into the Patriot Act and we’ve been living with the results ever since, even though 9/11 is a thing of the past.

And obviously, the pandemic has empowered governments to impose the most draconian restrictions on American life, which were inconceivable just a few months before.

And cash prevents central banks from imposing negative interest rates because if they did, people would withdraw their cash from the banking system.

If they put their cash in a mattress, they don’t make anything out of it; that’s true. But at least they don’t lose anything with that. Once all money is digital, you won’t have the option to withdraw your cash and avoid negative fees. You will be stuck in a digital pen with no way out.

What about moving your money into cryptocurrencies like Bitcoin?

Let us first understand that governments enjoy a monopoly on money creation and are unwilling to cede that monopoly to digital currencies like Bitcoin.

Blockchain does not exist in the ether (despite the name of a cryptocurrency) and does not reside on Mars. Blockchain relies on critical infrastructure including servers, telecommunications networks, the banking system, and the power grid, all of which are subject to government control.

You need to understand that reality.

All is not (yet) lost

The good news is that cash is still a dominant form of payment in many countries, including the US. The problem is that as digital payments grow and cash use declines, a “tipping point” is reached. where it suddenly doesn’t make sense to keep using cash because of the expense and logistics involved.

Once cash usage is reduced to a certain point, economies of scale are lost and usage can drop to zero almost overnight. Remember how music CDs suddenly disappeared once MP3 and streaming formats became popular?

That’s how fast cash can disappear.

Once the war on cash gains that kind of momentum, it will be virtually impossible to stop.

In addition to the loss of privacy, other dangers of the cashless society stem from the fact that digital money, transferred via credit or debit cards or other electronic payment systems, is completely reliant on the power grid.

If the power grid goes out due to storms, accidents, sabotage or cyber attacks, our digital economy will grind to a halt.

How to protect yourself

The time to protect yourself is now. The best way is to keep a part of your assets outside the banking system.

That’s why it’s a good idea to keep some of your liquidity in paper money (for as long as you can) and gold or silver coins. Gold and silver coins in particular will be good money in all states of the world.

I always say that savers and those with a long view should get physical gold now while prices are still attractive and they can still do it.

Just make sure you don’t keep it in a bank, because it would be subject to confiscation. That defeats the whole purpose of having this kind of protection in the first place.

I keep a significant portion of my wealth in non-digital form, including real estate, fine art, and precious metals in secure non-bank storage. That’s not because I’m paranoid or a prepper fanatic. I think it’s prudent in these times.

I strongly suggest you do the same. The cashless society could be here faster than you think.