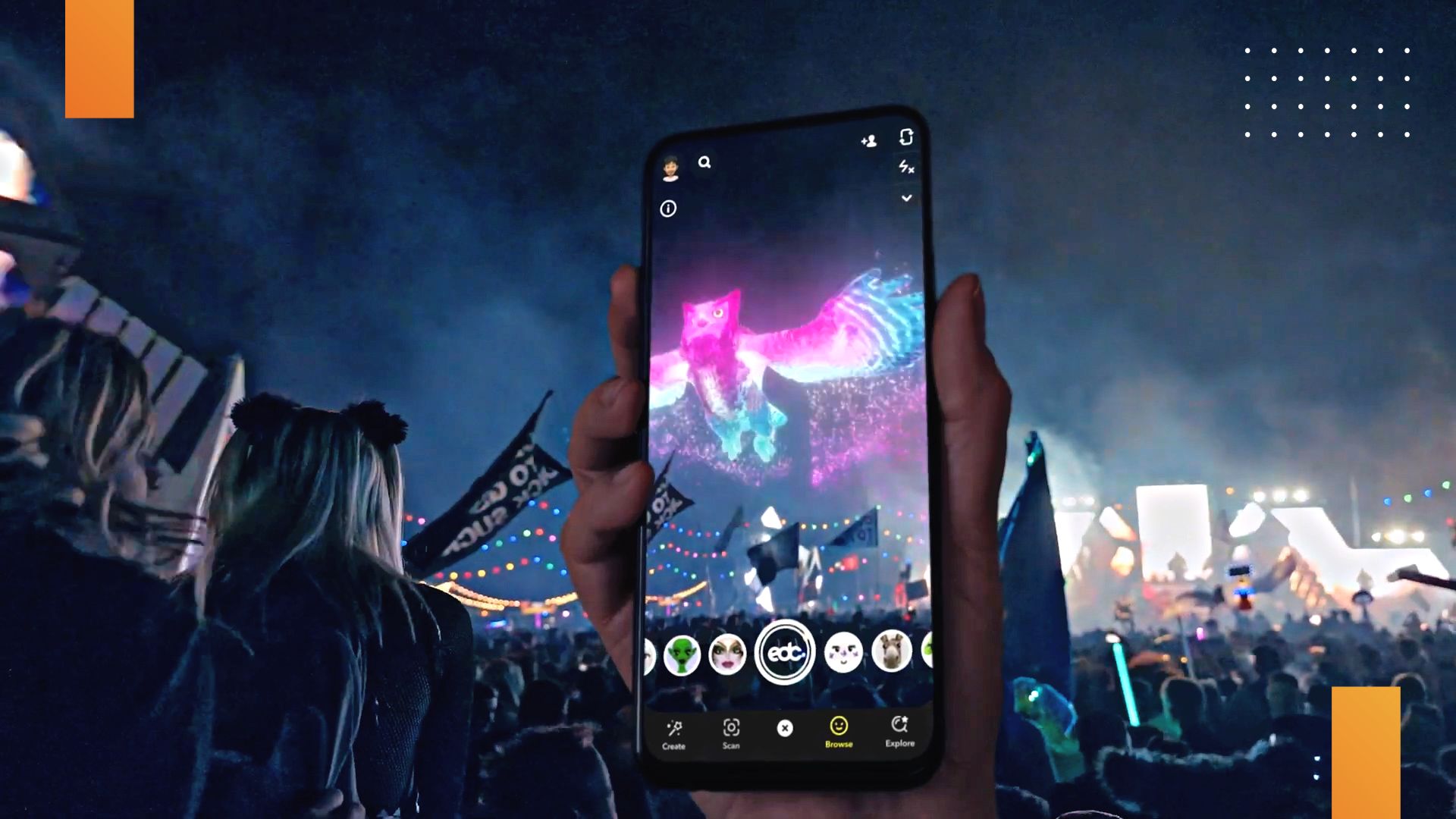 The AR revolution in Music Festivals

The first big AR moment in music that made it to the headlines was a U2 concert back in 2018. Eminem and Maroon 5 followed in the footsteps of immersive experiences and since then, the rise of AR in the music world truly began. Now we’re witnessing the biggest music festivals like Coachella collaborating with 3D software developers to enhance the experience for not only the people at site, but also for those at home. For Flume’s Coachella 2022 concert, the electronic artist and DJ from Australia gave at-home viewers a truly exotic surprise – the YouTube Livestream was enriched with psychedelic 3D visuals and parrots floating around the stage.

To put it in simple terms, all people need is a phone and the rest lies in the hands of developers who build the experience following the artists’ or festival organizers’ visions and those, who then promote it. Luckily, technology is on our side again. There are a lot of distribution channels for AR, meaning you can place an AR experience inside an app, which then people use to scan the codes or surroundings and trigger an AR-powered visual. Nowadays, the majority of festivals gear up with apps, not only because of smoother organization or planning but mainly – for the sake of the users, where accessibility and additional artistic perks play a huge role.

Apart from apps, Social Media is a powerful player in the world of music, festivals, people – and technology. If you’re looking for a way to promote an event with a bang, engage the audience and let people truly connect – custom-made AR Effects on Instagram, Snapchat and TikTok are the answer.

AR can also be distributed independently through Web-based Augmented Reality (webAR) allowing users to access on-demand AR experiences directly from their smartphones, without the need to download any apps.

Because we not only tell but also show – let’s move to the zone of music, your favorite artists, and new, innovative adventures.

For their Experience + Innocence Tour in 2018, the Irish rock band U2 surprised fans with a truly breathtaking AR experience. The audience saw a huge iceberg projected on an 80-foot screen – but what they did not see coming was that when they pointed their phones to the screen, an enormous azure blue projection of Bono overlooking the crowd appeared. This experience was brought to life through an AR-powered app called U2 AR eXPERIENCE.