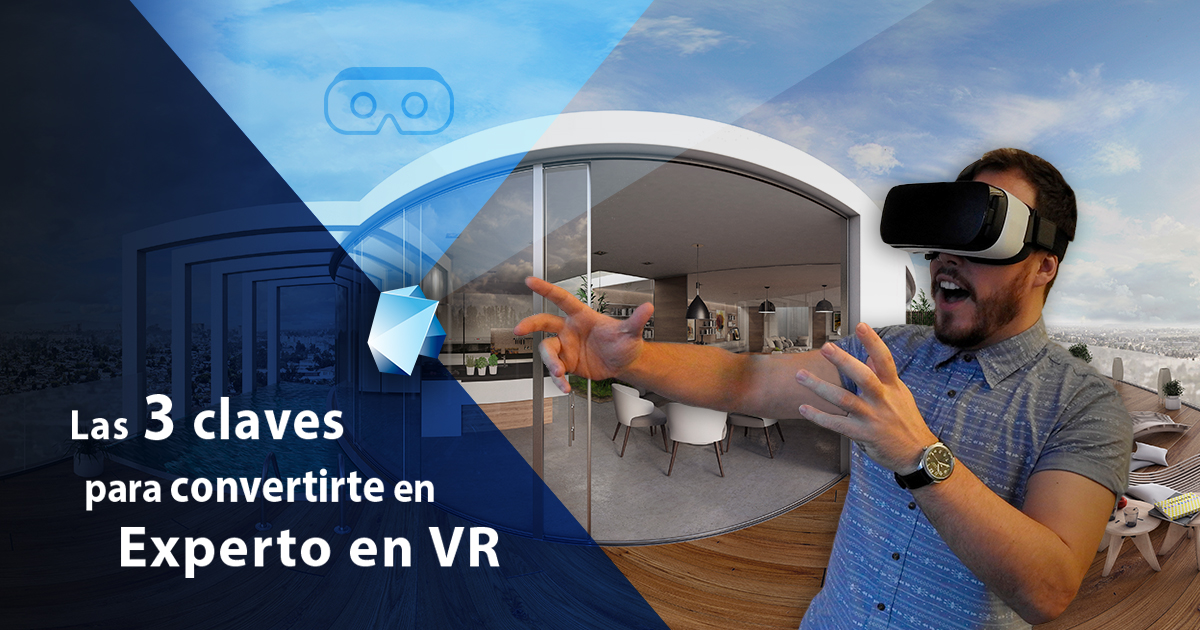 The 3 keys to becoming an expert in virtual reality

In this article we are going to explain the 3 keys to becoming an expert in Virtual Reality. We are going to do it, hand in hand with our teachers from the Master in Virtual Reality: Javier Escorihuela and Fernando Gómez, CEO and CTO of isostopy. Isostopy is a company dedicated to the development of immersive experiences in both virtual reality and augmented reality.

Why become a VR expert?

Traditionally, virtual reality has been a technology applied massively to the world of video games and marketing. However, there are more and more sectors and professional profiles in which the applications and uses of virtual reality proliferate:

We already know that the central topic of today is to know the 3 keys to become an expert in virtual reality. However, an important aspect that you must understand is that of Virtual Reality devices. Therefore, we are going to explain the ecosystem of VR glasses that exist, going from the cheapest to the most expensive:

In fact, if you want to explore the subject of devices in more depth, on our blog you can find an article that tells you which are the best virtual reality glasses for Smartphones.

And now yes, without further delay, let’s focus on the central issue at hand:

The 3 keys to becoming an expert in Virtual Reality

3D models are the basis for creating Virtual Reality experiences.

Therefore, if we want to create optimal 3D spaces, from scratch and that we can fully control and customize, we need to know how those models are created and how they are controlled.

The 3D models that we have created with architectural software such as Autodesk Revit or Rhinoceros can serve as a starting point. However, in virtual reality, we are going to need to pass the 3D models to software that allows us to control meshes. Some examples are 3D Studio, Maya or Cinema 4D. This type of software will allow us to control 100% how the models are, how the textures are represented on them or how to apply lighting to our virtual reality experience. 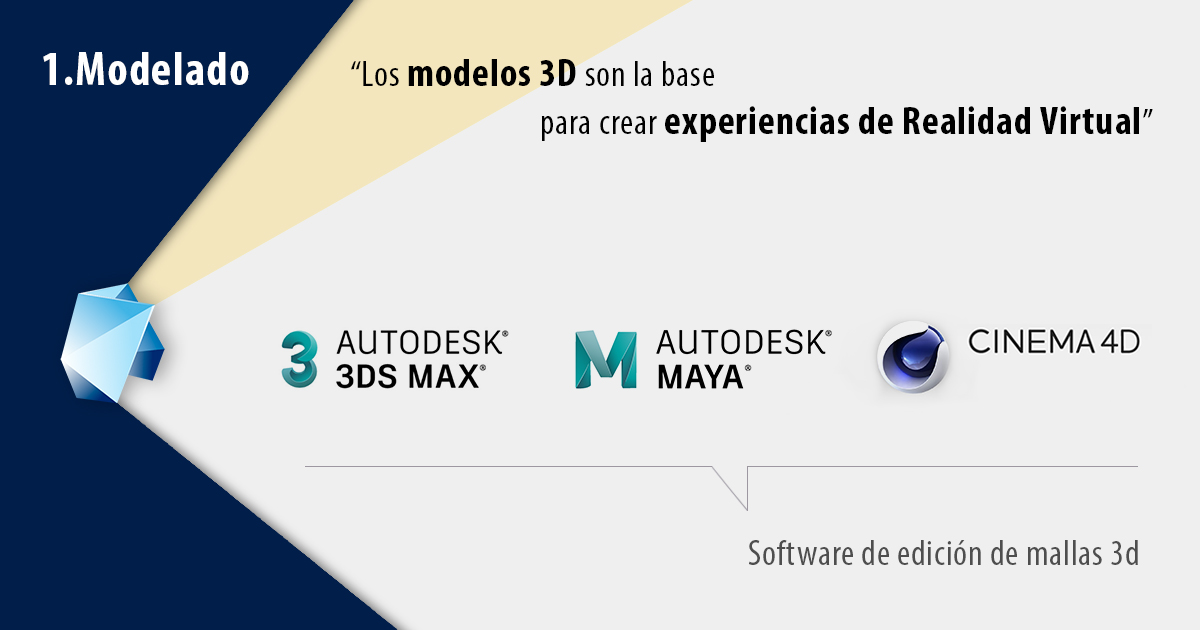 When you create a VR experience, you’re not going to create a render or set of renders to make a video. It will be something more similar to a video game, where the model will be what is going to be rendered in real time. For this we need to do a series of actions/tricks with these meshes. These actions, again, will be carried out in these programs that work with meshes.

Video game engines are the tool that will allow us to go from that static image to that hyper-realistic image in real time.

Video game engines are software that will allow us to create virtual reality, augmented reality and mixed reality experiences.

The main software we have on the market are Unreal Engine and Unity.

In other words, we can use this type of tool in fields beyond leisure and entertainment. 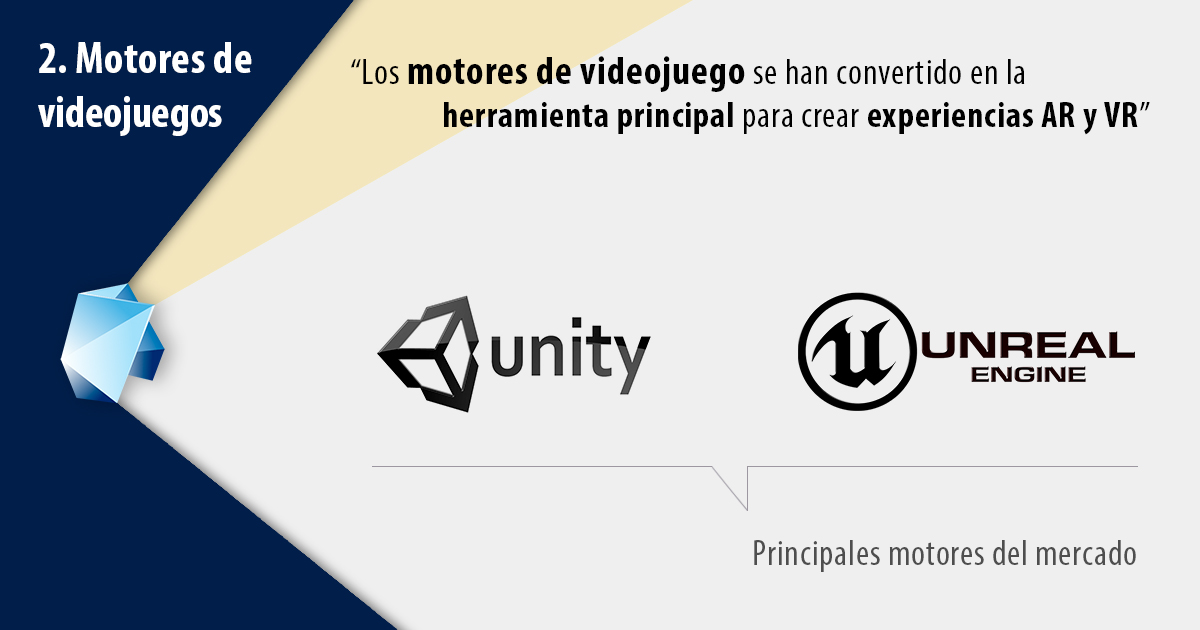 In addition, these video game engines are multiplatform systems: this means that if I make a project, I can take it out for various platforms such as iOS, Android, PC, PlayStation, XBOX… This offers us a lot of agility without having to make a great effort. or a new project from scratch.

This last key is usually the one that scares the most for many professionals who want to start in the world of VR, unless they are developers, computer engineers…

The programming is going to be the base on which the different interactions of our virtual reality project are going to be created. Through programming, it is possible to add any type of behavior to the elements that make up the VR experience.

It is not necessary to be an expert programmer, but it is convenient to have certain knowledge to be able to create interactions

However, there is no need to be scared because a small base is enough to start generating interactive activities. In fact, in Unreal there is a basic programming interface with which you can program easily using instruction nodes.

And how do I become an expert in all this?

As you may have seen, becoming an expert in this sector requires learning in 3 main areas: 3D modeling, video game engines, and programming.

Perhaps you master one of these areas. Or maybe none of them.

However, in both cases, training will be a fundamental piece that will help you master the 3 keys to becoming the VR expert you want to be.

If you are still a novice in the world of VR and do not control any of the 3 pillars, I recommend that you train with a more complete program such as our Master in Virtual Reality. In fact, in this case, you can start training with our Free Virtual Reality Course. 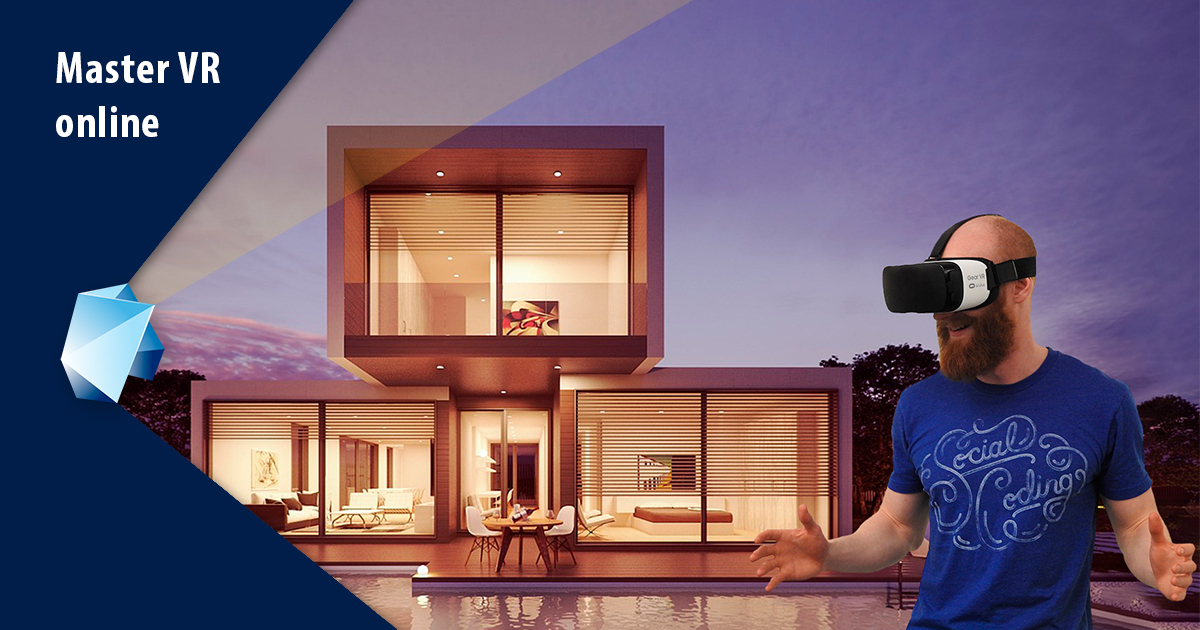 If you master any of them, you can train with more specific virtual reality courses.

In any case, training will be essential for you to master all the necessary tools to create professional VR experiences.

Oh, by the way, if you liked this article, share it on your social networks.