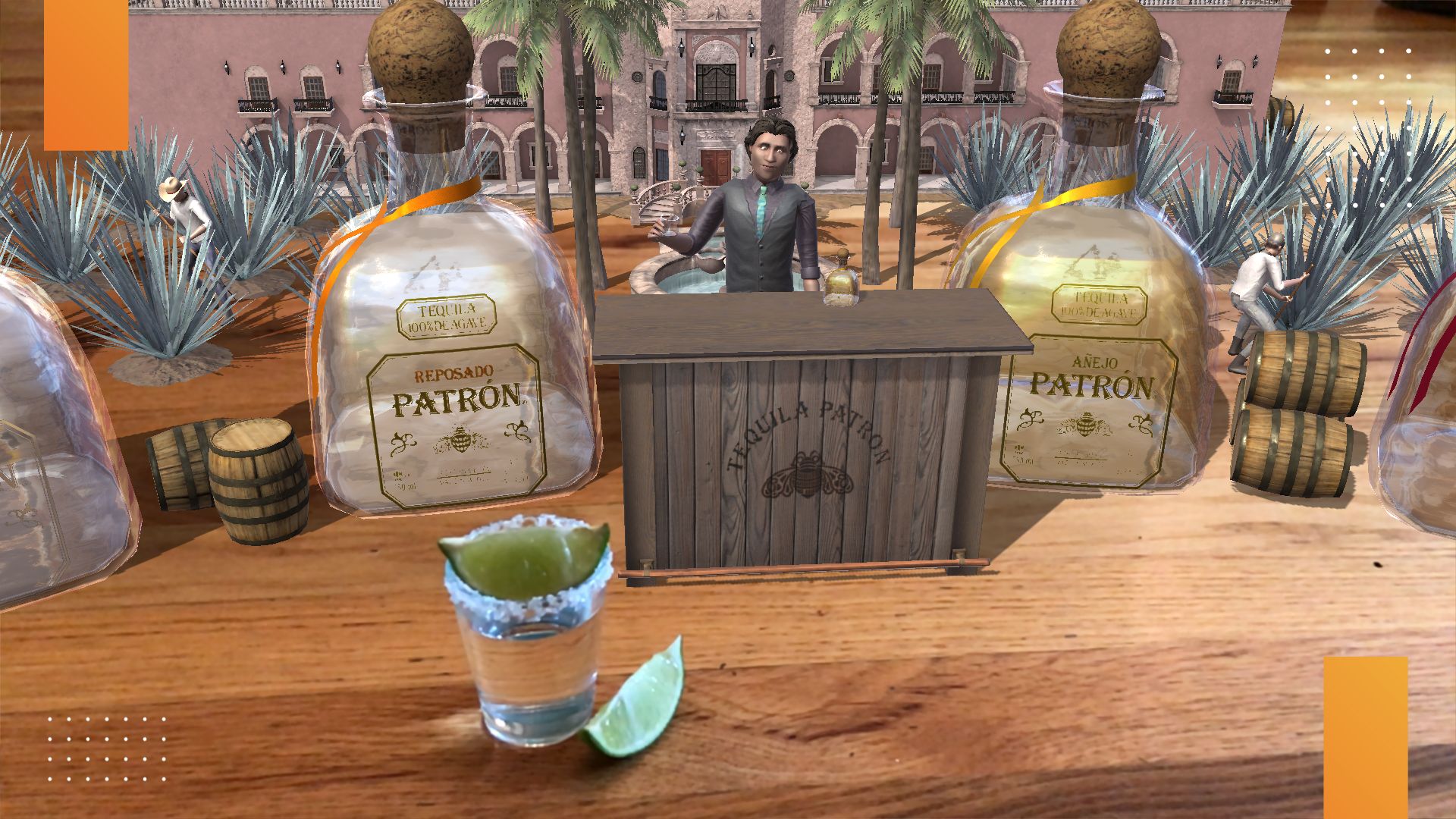 Patrón Tequila, the brand of spirits started by billionaire @John Paul DeJoria, debuted a mobile application that uses augmented reality (AR) technology to show consumers how its tequilas are made and to provide guidance on at-home tastings, according to a press release by the company. “The Patrón Experience” was developed with Apple’s ARKit and is free to download from the App Store.

The app aims to give consumers a closer view of the Patrón Hacienda in Mexico where its tequila is distilled and aged. It also explains the differences among the company’s range of tequilas, including the new Patrón Extra Anejo, the first brand extension in 25 years.

The app lets users participate in virtual tequila-making by first planting an agave in a computer-generated field, which is projected against any flat surface seen through the iPhone camera. In each stage of the app experience, a video of a bartender provides a guided explanation of the taste characteristics and barrel-aging of the spirits.

Patrón Tequila was one of the first brands to debut its own augmented reality app created with the technology when Apple opened up ARKit to developers in September, and now it’s made it even easier to buy their product. As of December 14th, users can order bottles of Patrón through The Patrón Experience AR app.