Is the Metaverse just entertainment? Know your potential in terms of productivity

When we think of the Metaverse, perhaps the first thing that comes to mind is the potential for economic growth, but perhaps this will happen to you who are up to date in terms of investments and possibilities of the metaverses.

However, a large number of people see it as just another social network, or as a simple video game that is only for entertainment purposes.

The Metaverse offers a possibility of leading an alternate life to the one we know through virtual reality. The big step to see it as a real alternative is to take it out of the world of video games like Fornite, Minecraft and Second Life; and take it to accessible environments for any type of public, a place that Zuckerberg’s proposal, Meta, tries to occupy.

One of the reasons why the Metaverse is thought of as a world created solely for entertainment is that the clearest examples we have in this regard are, on the one hand, the world of video games, and on the other, Facebook, the Internet. created with mainly recreational reasons.

Immersed offers a comfortable work environment for both solo and team work.

However, Facebook also has environments created for productivity, such as Horizon Workrooms, which is a virtual space created so that members of business teams can work together. These environments can be used with the help of virtual reality hardware and boost the productivity of remote jobs.

With the inclusion of Horizon Workrooms, Meta intends to make a leap into a sector never explored by the company. Although, Facebook stopped being a social network with merely recreational use, to turn towards the sale of advertising for commercial uses, the business and productivity sector, it is a branch that still has a lot of potential and little exploited. 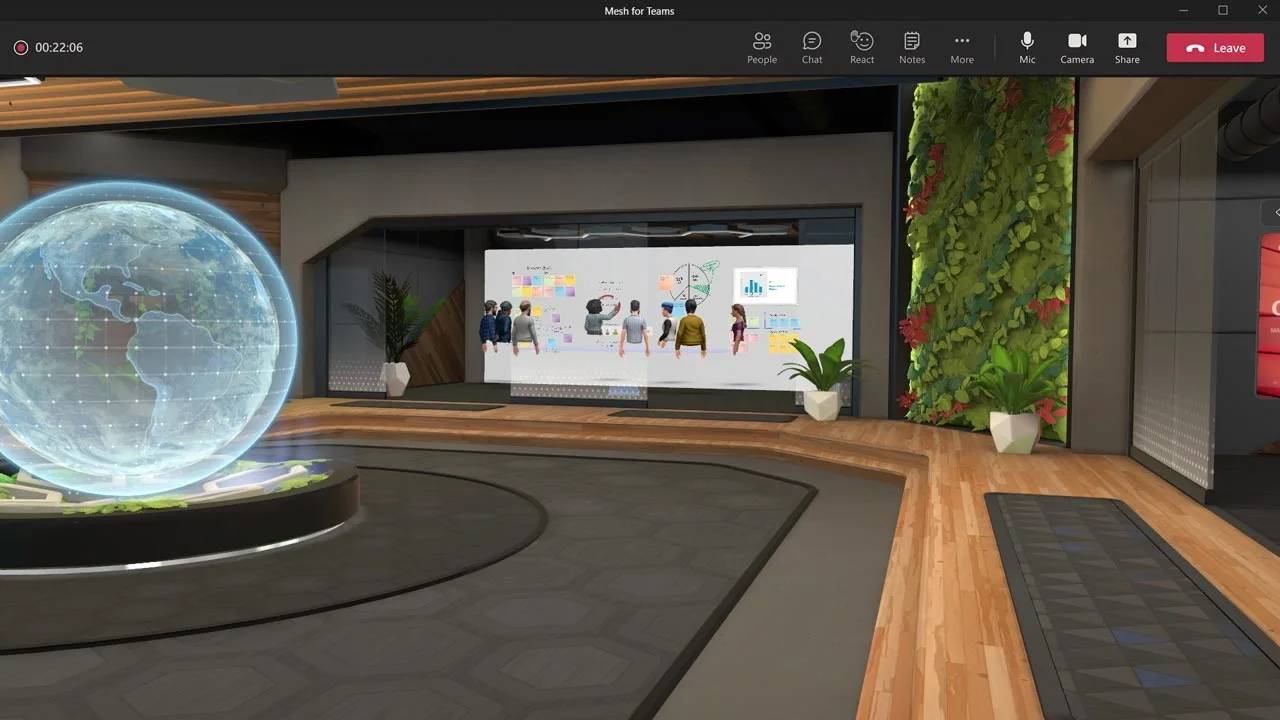 Mesh is an application for Teams that would offer a virtual environment for its users.

This tool seeks to be a productivity environment for remote work, a sector dominated by Microsoft with its products that are used in order to provide solutions to remote meetings, who also own the virtual reality Minecraft and LinkedIn, a leading company in the business and productivity sector.

Although Meta created the Horizon Workrooms solution, it seems that the potential that its technology would have could be much greater compared to what has been exploited up to now. Some analysts believe that the incorporation of Meta to the productivity sector is for the sole purpose of testing devices, which will later be taken to mass consumption.

Many companies use this tactic because the corporate sector is a micro-market, which can be a large test lab, with immediate feedback from users, as well as being extremely well-reviewed.

Another reason why this could be a simple strategy to test the technology is because governments provide resources to strengthen the productive and educational sectors. Meta could be using these benefits to run its own tests.