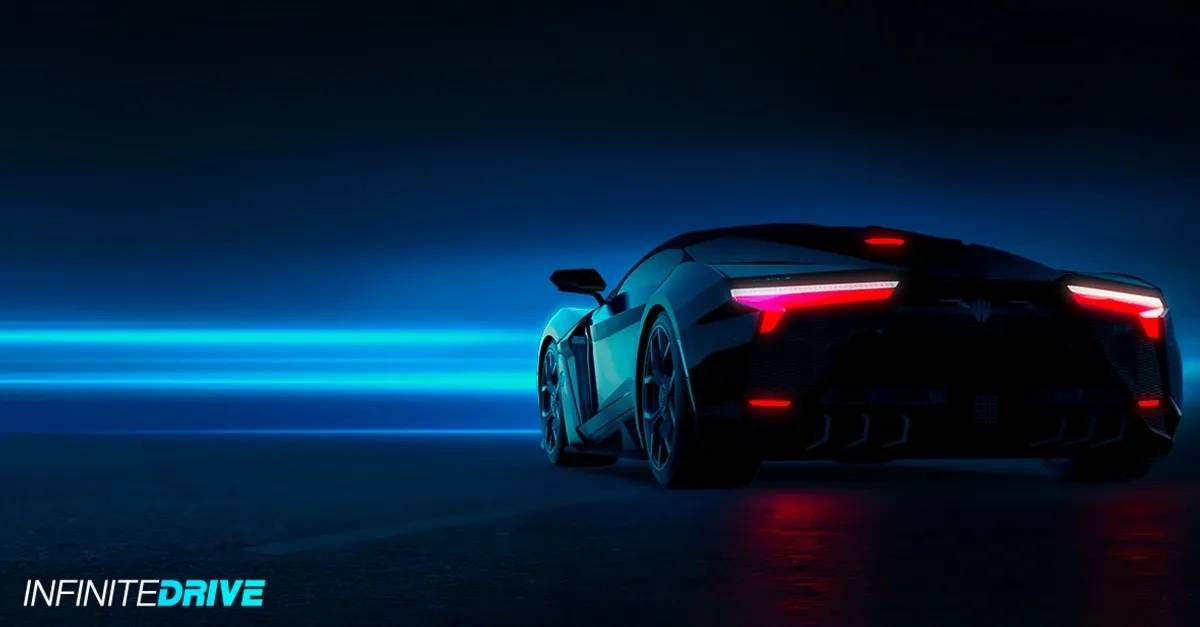 Infinite Drive Will Be A Blockchain-Based Mobile Racing Game Metaverse

Races for NFTs in the Metaverse

Infinite Drive will be a free mobile racing metaverse. Image from The Tiny Digital Drive

The Tiny Digital Factory has announced that it is creating Infinite Drive as the “first real driving metaverse.” The mobile game will use non-fungible tokens (NFT) and Web3 technology.

The game studio, based in Montreal, Canada and Lyon, France, has 35 people and has long-standing relationships with car manufacturers. He said the free-to-play game will have more than 100 licensed cars by the end of the year.

Infinite Drive is expected to launch worldwide on mobile devices in the first quarter. But the company will sell NFTs from its cars during the summer.

Designed by racing fans for racing fans, Infinite Drive’s simulation-based game will bring the thrill of being in the driver’s seat to the mobile metaverse, the company said. Players will be able to feel, hear and experience the unique characteristics of each car on the track, competing online with each other.

With the power of web3 technology, the most skilled drivers will be able to ‘race to win’. They will be able to participate in official races, competitions and even share the winnings, just like a real world racing team.

Additionally, the integration of Web3 technology allows players to build, trade and own their own collection of dream cars as they compete for pole position on the track. Starting this summer, Infinite Drive will offer an initial collection of 5,000 NFT-licensed cars from premium real-world brands, providing immediate access to the game’s closed alpha phase.

However, players do not need to own a car to enjoy Infinite Drive and hone their racing skills, and the full game will be free-to-play on iOS and Android.

“With its game-first engine architecture and unique digital car ownership, Infinite Drive is the zenith of twenty years of driving simulation game creation,” said Stéphane Baudet, Director General of The Tiny Digital Factory, in a statement. “For decades, racing fans have looked fondly at the cars of their dreams in virtual garages. So we’ve used Web3 technology to make it possible for gamers to truly own their cars and win with them, along with an impressive player experience on the track.” Infinite Drive brings the accessibility of mobile gaming combined with play and win, providing the tools to reward passionate gamers who are already hosting racing events and helping us create the best driving experience.”

The company’s developers have worked on titles such as Jurassic World: The Game, Gangstar, Hitman Sniper, Fallout Shelter, and Rollercoaster Tycoon Touch.

The experience of the Tiny Digital Factory team includes the success of GT Manager and F1 Mobile Racing. He also collaborated with Animoca Brands on the development of F1 Delta Time, a pioneering Web3 driving game, as well as the renowned REVV Racing game. Animoca Brands lost the license to the F1 brand and announced in March that it was closing F1 Delta Time.

Infinite Drive has so far been fully funded by The Tiny Digital Factory, Baudet said, in an email to GamesBeat.

The first collection of NFT cars will be made available to the community in early July 2022, while The Tiny Digital Factory’s next round of Series A funding will support the public launch of Infinite Drive.

The company has worked with more than 20 car manufacturers in the last three years on previous games.

“For Infinite Drive, we already have the license for about 30 car models from six manufacturers. Other top-of-the-line car brands will be announced in the coming weeks and we expect to have more than 100 licensed car models by the end of 2022,” said Baudet.

In addition to cars, the company has official race tracks, and is in talks with multiple racing franchises globally and in countries including the US, UK, Japan and Australia.

“However, rather than just licensing championships, our intention is to empower those partners with the tools to build and manage their own digital events for their communities,” said Baudet.

Regarding resistance to NFT games, he said:

“Ten years ago, we experienced the same kind of resistance when mobile gaming went free-to-play. We have been involved in blockchain gaming since 2020 with our partner Animoca Brands. At first, we were also skeptical about the sustainability of these game economies, but we have become aware of decentralized mechanisms, such as co-ownership, and their benefits for players. With blockchain games, invested players can actually earn on their time or financial investment. Governance mechanisms also allow the gaming community to be heard and have a positive impact on the game development roadmap.”

The Closed Alpha of the game will be available in early July 2022. Anyone who owns one of the first series of cars will have immediate access to the game. The public release of the game is planned for the fourth quarter of this year.

Regarding the business model, Baudet said: “In my opinion, web3 offers a more balanced business model between gamers, investors and creators. When the game is successful, it should benefit all 3 parties equally. Play-and-win races and rental earnings make it more profitable for committed users. When players win, the game goes viral and less marketing investment is needed to get new users.”

A key question was. understand why it was a racing metaverse, as opposed to just a racing game.

“Infinite Drive is more of a digital space dedicated to car fans than just a game. At its core are garages that house users’ NFT car collections, from which they can share their favorite cars with the community,” said Baudet. “It also has the first market dedicated and adapted to NFTs for new and second-hand cars. Today, car enthusiasts spend hours browsing websites like Autotrader to discover hidden gems or rare car models. I will be glad if the Infinite Drive community has fun and spends important time browsing the content of our marketplace. Finally, Infinite Drive offers features for users to create communities (Clubs) around interests such as car brands or get together to show and test drive their respective cars.”

Baudet also spoke about the inspiration for the game.

“Nearly 18 years ago, I was running my first game studio, Eden Games. Back then, MMO games were popular and I wanted to create a supercar-themed MMO,” said Baudet. “Fortunately, Atari, our parent company, had a brand, Test Drive, which kick-started the whole supercar fantasy in video games back in the ’80s. Together with a very talented team, we took that dormant brand and built Test Drive Unlimited, the first massively multiplayer online racing game (MMORG). Although Test Drive Unlimited introduced multiple innovations to the racing genre, the technology was then too limited to fully realize our vision, and we were too small a studio to build it all. The concept of Infinite Drive is similar to Test Drive Unlimited, but this time I want it to be an open platform, so we can achieve it together with partners and the gaming community.”

Prior to joining Tiny Digital Factory, the core team members worked on numerous successful console and mobile games including Jurassic Park World, Fallout Shelter, Rollercoaster Tycoon and Hitman Sniper. Since then, as a company, they have developed or co-developed numerous games in the racing genre, including F1 Mobile Racing (EA), GT Manager (self-published), F1 Delta Time, and Revv Racing (both by Animoca Brands).

Baudet founded the studio in Montreal in 2015 and opened a second studio in Lyon in 2017, when his partners Pierre Carde (CEO) and Olivier Raffard (Licensing and Business Director) joined.