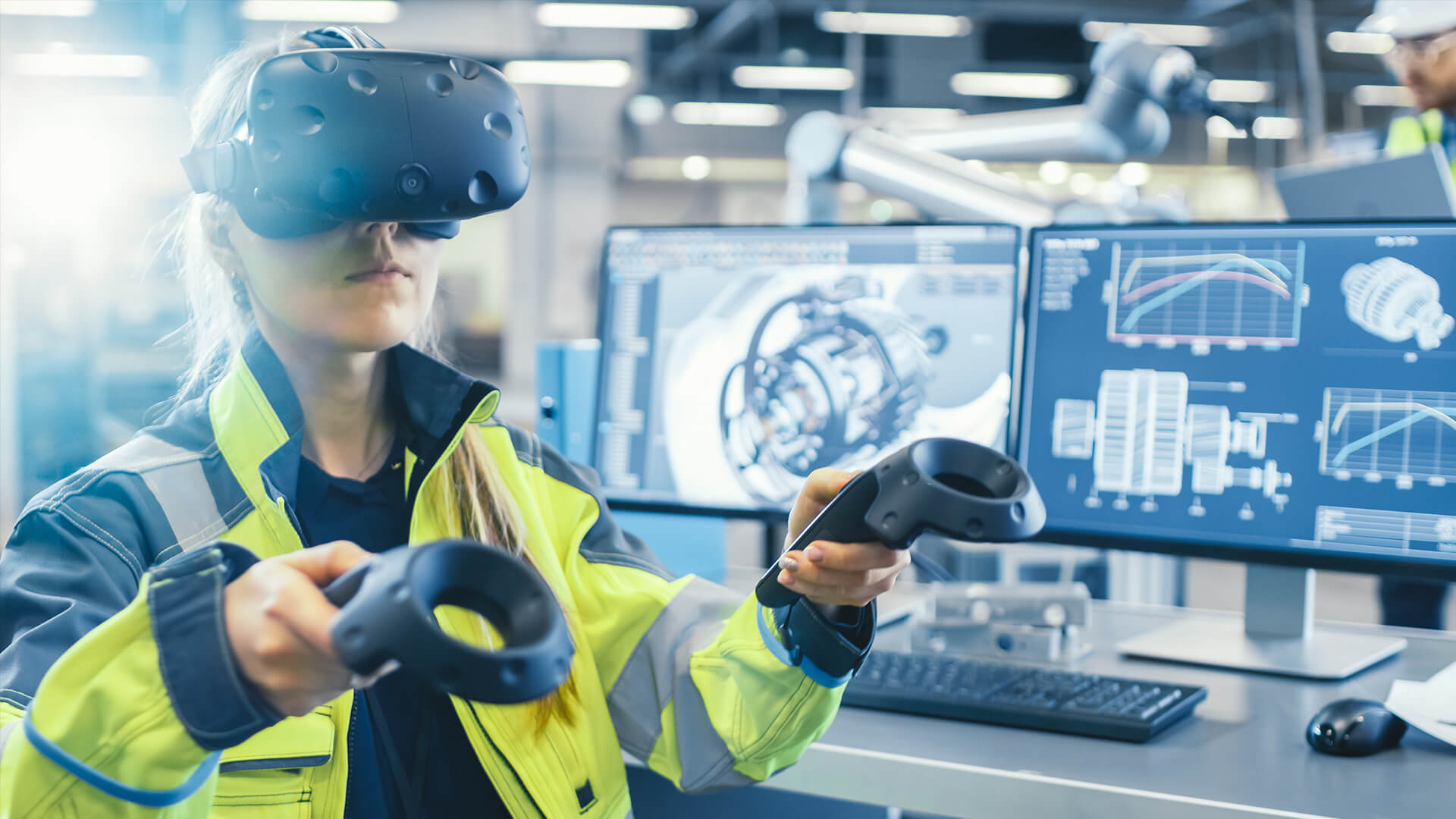 Importance of virtual reality for engineers

Engineers no longer just have to design in this reality. Know your role in virtual reality.

Virtual reality has been at the forefront of overhyped technologies. Sure, it’s a neat party trick to play a video game in VR, but no one can use the technology in their daily lives… right?

Virtual reality, or VR, along with augmented reality, AR, and mixed reality, MR, are becoming more prominent in their use within a variety of industries.

From video games to art and even engineering. More popular virtual reality devices and platforms are helping to normalize the technology, such as the Oculus Rift and PlayStation.

However, it’s important to understand that the use of these alternate reality spaces doesn’t just stop at the features of that specific hardware or software.

Virtual reality has a growing presence in the engineering community. Particularly in the automotive design space, virtual reality can be used to mold and sculpt car models or even interact with a designed car to ensure the ergonomics and feel are as desired.

To understand the applications of AR, VR, and MR technology within engineering, we must first look at their capabilities.

Virtual reality is a totally immersive technology. Dawn your goggles and you find yourself in a completely computer-centric, computer-generated landscape.

Augmented reality takes a step back and mixes with elements of real life. Mixed reality establishes a connection between the digital space in virtual reality or AR in the real world.

For example, MR would allow you to look through our AR goggles and change a virtual dial in front of you which would then change the lighting in the room. VR is all virtual, AR is virtual and physical, and MR connects the virtual and the physical.

Now that we understand the basics of these technologies and how they apply to the world around us, both digital and physical, we can begin to make connections about how they might affect the lives and work of engineers.

Designing in engineering terms used to be a pretty 2D process. Designs were limited to what I could accurately represent and represent on paper by hand. With CAD, the ability of engineers to design more complex things has become prominent.

With 3D printing, the design for the prototype phase has also been shortened. However, additive manufacturing, or 3D printing, is not a quick process in terms of the design process.

Additive manufacturing assemblies of parts or even entire designs can be complex and time consuming for engineers. It would be so much easier to do a few clicks in CAD, put on a headset, and see your design in front of you.

That is exactly what VR offers engineers and designers.

While the amazing rendering technology of modern CAD solutions helps, being able to interact with an object pseudo-physically is the next step (before additive manufacturing of a prototype, of course).

VR can ultimately help reduce any chance of the design moving further along in the design process than it should. that is, it offers quick, simple and easy gut check design validation.

Most of the major CAD software providers already offer virtual reality connections in their tools. Rendering programs like Autodesk 3DS Max allow your designs to be viewed in virtual reality with just a few clicks.

How VR & AR can improve design safety and ease assembly

Companies like General Motors are using augmented reality to improve the design of safety-oriented parts in their vehicles.

Along with simulation-based CAD tools such as generative design, augmented reality enables GM engineers to depict crash scenes or impact loads on their parts, giving them insight into where their design might need to be reinforced or otherwise. once if they need to relocate essential car components.

On the assembly front, several manufacturers like Boeing are training their manufacturing staff using AR and VR training environments. These environments allow engineers to switch between and manipulate often large and cumbersome parts with ease, of course, all in a digital space, but with a real feel.

On the quality assurance front, augmented reality allows Q/A supervisors to use AR platforms to overlay an image of entire assemblies or parts on the real-life part in front of them. This is a fast and effective way to reference original design files and quickly check tolerances.

The potential of virtual reality to shape the future of engineering

At the end of the day, virtual reality in the engineering design and validation space is still a new technology that is waiting for mainstream engineering adoption.

While big companies are implementing the technologies where they can, we still need time and use cases to see where AR and VR fit into the most practical uses in the modern design engineer’s workflow.

I will make a final call to the use of VR for mechanical engineers. Imagine how easy it would be to show off what you’re up to at work when a friend or family member asks when your VR headset is within reach.

Simply have them sit on the headset and let them interact with your model or design. Instead of having them look at a boring CAD model, displaying your design in virtual reality takes its “freshness” to the next level.

For most mechanical engineers, we might design something like a part for an HVAC system or a component for a tractor, neither of which is inherently “cool.”

However, if you put those designs into VR, boom, engineering now becomes one of the best professions. For now, using VR as an engineering and STEM motivational tool could be another fantastic use.

At the end of the day, the engineering and design process is increasingly based on simulation, cutting-edge tools, and cutting-edge visualization capabilities.