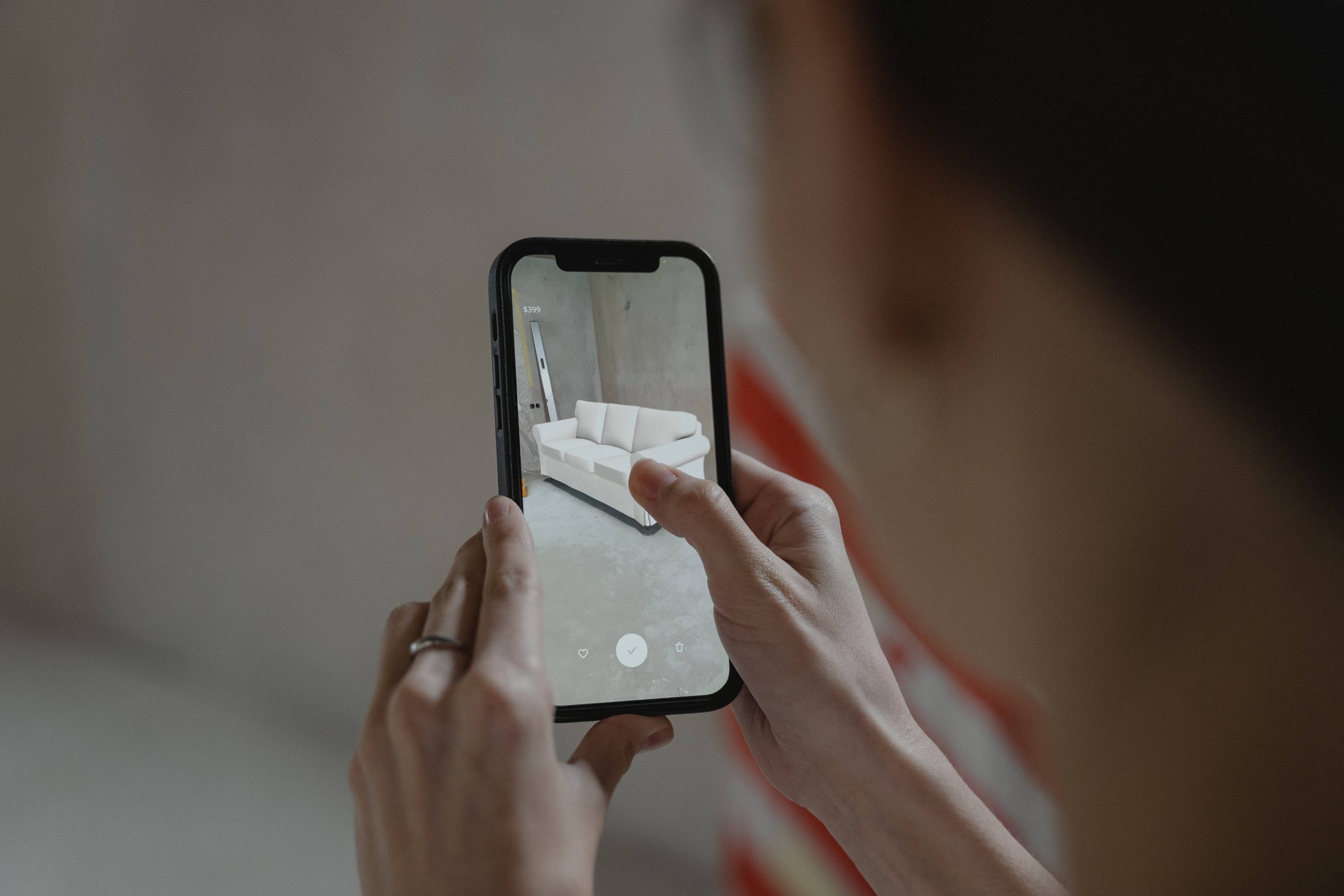 How does augmented reality work?

The basics of Augmented Reality

Perhaps the fastest growing component of Extended Reality right now, AR is taking the world by storm. The AR industry is constantly evolving, especially now that new companies are investing in various types of glasses and smart devices. By 2028, experts predict that space will be worth $340.16 billion.

Of course, before you can justify investing in new solutions like AR for your business, you have to understand how the technology works. Although many of us have heard of augmented reality, there are still those who do not understand how devices can bring digital content into the real world.

Augmented reality (AR) “augments” the environment by adding new digital content to a live camera or situation. AR solutions can do everything from transforming your face into a potato, to giving you directions as you walk through a store.

Today we are going to look at the basics of AR technology, and how it works to influence what we see around us.

How does AR work? The components of AR

Today there are several types of Augmented Reality in the world. Smart glasses and visors allow us to see technology in front of our eyes on a miniature screen. AR applications help consumers and professionals interact with digital content, without the need for additional hardware. Regardless of the type of AR you invest in, each technology will include the following components

AR doesn’t always include headsets like VR devices, although smart glasses are becoming more and more popular. However, the hardware is still a necessity. For AR to work on a smartphone, for example, it needs access to processors and sensors that can accommodate computer vision and processing. That’s why speed-limited phones have problems with AR.

The hardware also needs access to a GPU (Graphics Processing Unit) to render an AR-enhanced display, and to various sensors. For example, a gyroscope measures the position of your phone, and proximity sensors determine how far away something is. Light sensors measure brightness, accelerometers detect changes in movement, and depth sensors examine distance.

The hardware can be implemented in the standard device of a smartphone and use the camera that it includes to collect information. Alternatively, companies can create smart glasses and visors that have camera functionality built in.

Software is the second component of an AR device, and this is where the magic really happens. Developer toolkits such as ARCore and ARKit support the creation of software that incorporates computer vision into applications. This essentially means that the software can understand what is in the world around the user through a camera feed.

Environment awareness is one of the most important components of AR software, as it allows the device to see specific features and flat surfaces, so it can perceive its surroundings. By doing this, the system can accurately place virtual objects on surfaces. Motion tracking also ensures that your devices can determine their position relative to the environment, so you can position objects at the correct designated points in the image.

Light estimation further enhances the AR experience by allowing your device to perceive lighting and place virtual objects under the same conditions, to enhance realism. The hardware and software components of the device must work together in tandem.

The third and final component of an AR experience is the app. Software that enables computer vision allows you to run AR applications on your smartphone. With an app, you can do specific things with AR functionality, like view items in real time from a store’s catalog to get an idea of ​​how they might look in your home.

The AR application comes with its own virtual image database, activation logic, and other components to make the AR experience more engaging. Most modern phones come with a larger amount of memory and processing power to accommodate things like AR apps.

There are often two ways for apps to activate AR features. The first option is to use marker-based tracking, which uses things like QR codes to trigger AR features. You point your phone’s camera at one of these marks, and the app brings the image or functionality into the room.

The alternative is markerless technology. This mode is usually activated when someone recognizes various real-world features. The real-world object can be anything, like a table, or even your face in the case of apps like Instagram and Snapchat.

Unlike Virtual Reality, which aims to bring people into a new virtual space, Augmented Reality tries to improve the world around us. It does this by using software, hardware, and apps to better understand the world around you, and impose content on that environment that looks and feels as natural as possible.

Once the system understands your environment, it extracts information and images from the AR application to introduce it into your environment organically. A rendering module augments the frame within the AR game to ensure that it accurately overlays the environment in question. Because augmented reality takes place in real action, the map changes every time you move the camera. Most modern phones run at around 30 frames per second, which allows the AR experience to follow your movement (albeit a bit slow at times).

As we move into the future of augmented reality, developers are working on ways to make AR experiences as immersive as possible. This includes improving mapping experiences, and how quickly the internal software can render content on available maps. It also means that the teams are working on introducing faster processing to the hardware, so that all the things that need to be done to enable an AR experience can happen more quickly.

Smart AR glasses will also enhance the opportunities available through AR by replacing the need to hold a phone with glasses that respond in real time. Access to 5G connections and more powerful technology should make these tools especially impressive in the future.