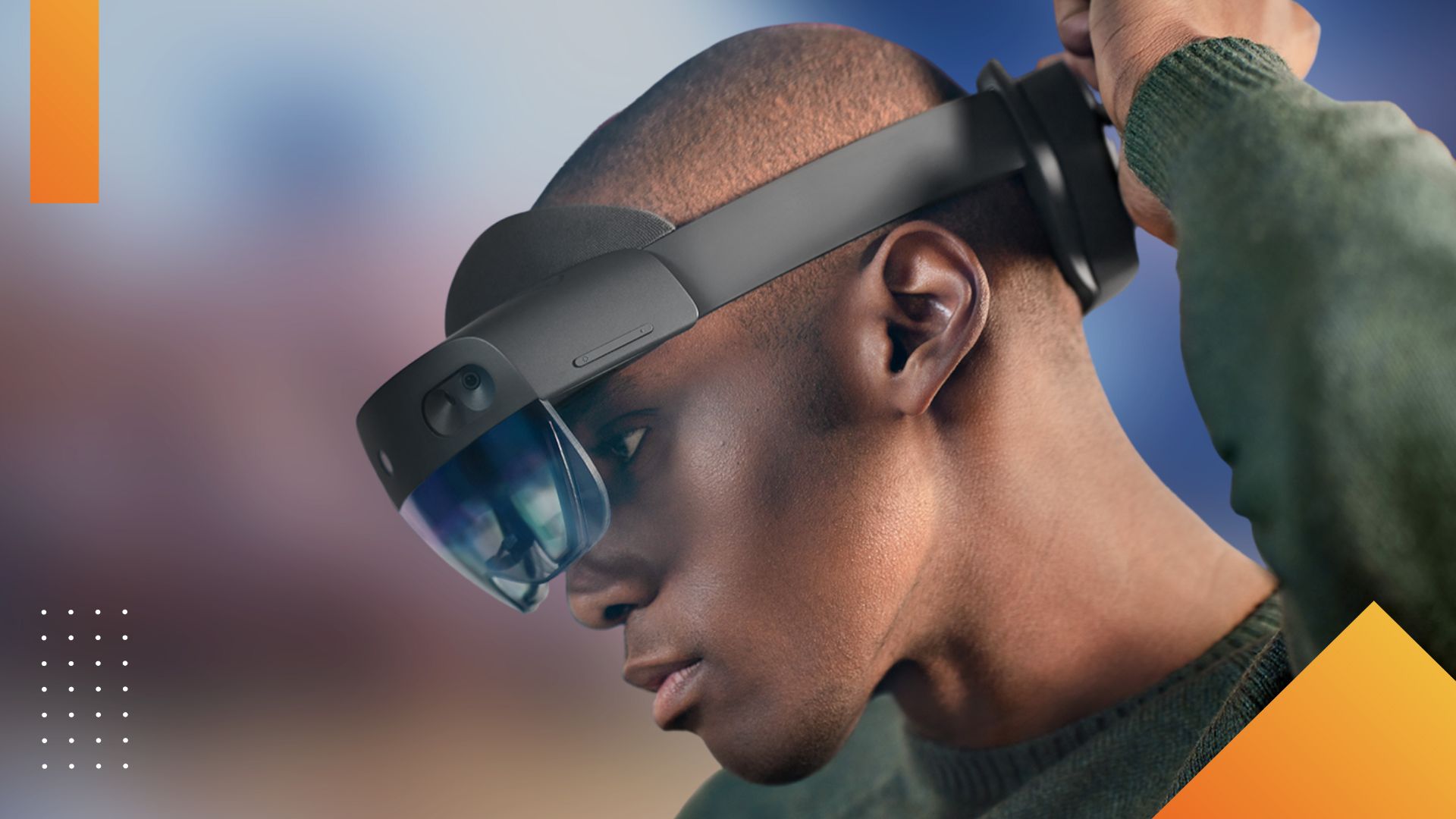 🗣 To grasp the significance of HoloLens 2, it helps to know its origin. The earliest seeds for HoloLens were planted as far back as 11 years ago. It was borne out of Kinect, the Xbox peripheral product that used a variety of sensors to compute depth maps and recognize humans within its field of view. Kipman, Microsoft’s former technical fellow for AI and mixed reality, is credited with inventing Kinect, and in 2010, he began channeling some of the Kinect’s technology into a head-mounted holographic computer. It was known then as Project Baraboo, but it would later become HoloLens.

When HoloLens officially launched in 2016, it was a 1.3-pound head-mounted display with depth-sensing cameras and an optical projection system that beamed holographic images directly into your eyes. While wearing one, you might see anything from a floating web browser to a cartoon fish in a bathtub to a three-dimensional motorcycle—all while still seeing the real world around you. Or you might see a remote technician pop up in your eye frame and show you how to fix a light switch. It isn’t a consumer device now, and it certainly wasn’t then, but Microsoft was trying to show off a wide variety of applications that could be easily grasped by regular people.

The HoloLens was available only to developers when it first launched since Microsoft wanted to spur the development of new apps. (No AR or VR headset is worth the money without compelling apps; that was true then and is still true now.) Later that year, a version of HoloLens started shipping to any consumer in the US or Canada who had $3,000 to spend.

The first HoloLens wasn’t a “success” in the way that you might describe the success of other technology products, whether that’s based on sales, ecosystem lock-in, or pure cachet. In some ways, it wasn’t meant to be a blockbuster hit in a public-facing way. But it was the first mixed-reality wearable that ran on a holographic-specific operating system—and it wasn’t a pair of lightweight smart glasses. It was an untethered headset running Windows 10, which meant it was an actual working face computer.

Still, early customers had their complaints: It was heavy, it was unwieldy, it didn’t feel immersive enough. And Microsoft heard them, loud and clear.