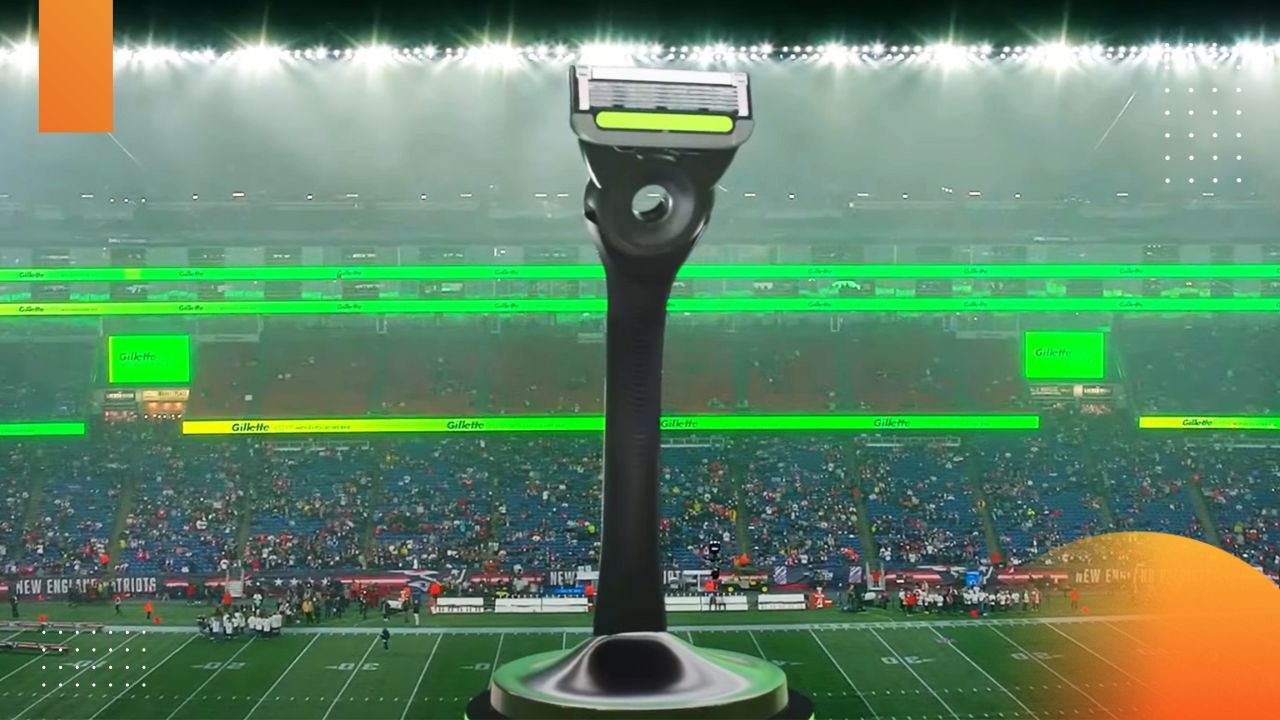 Can sports be taken to a whole new level by using Augmented Reality? Gillette’s first live NFL broadcast mixed-reality commercial lets users experience a football game in an entirely new way. In the past, viewers only saw what professional athletic events look like on television. Now, with mixed reality, advertisers can show viewers a more realistic version of their products.

During the game between the Chicago Bears and the New England Patriots, Gillette Stadium became GilletteLabs Stadium. The new razor appeared in front of viewers lighting up the stadium with the brand’s neon green color. At home, viewers were able to see the activation in action.

In-person brand activations are returning as consumers return to real-world venues with greater openness to hybrid experiences. Gillette’s mixed-reality play ties into that trend while providing a virtual extension that lights up a stadium and features participation from the home team’s mascot. Layering in an interactive element gives the commercial the feeling of a show and promotes the grooming company’s latest high-tech product in a high-tech way.

“The mixed reality commercial is a way for us to showcase how GilletteLabs is truly at the forefront of innovation and technology for men’s grooming, not only with our products but also with our marketing efforts,” said John Claughton, vice president of grooming at Gillette North America, in a press statement before the experience was released.

One of the other brands that made this use of XR is Chipotle, which ran a mixed-reality ad with the Colorado Avalanche NHL team. Displayed on the Jumbotron, the spot depicted a Chipotle-branded Zamboni bringing out a massive burrito bowl onto the ice.