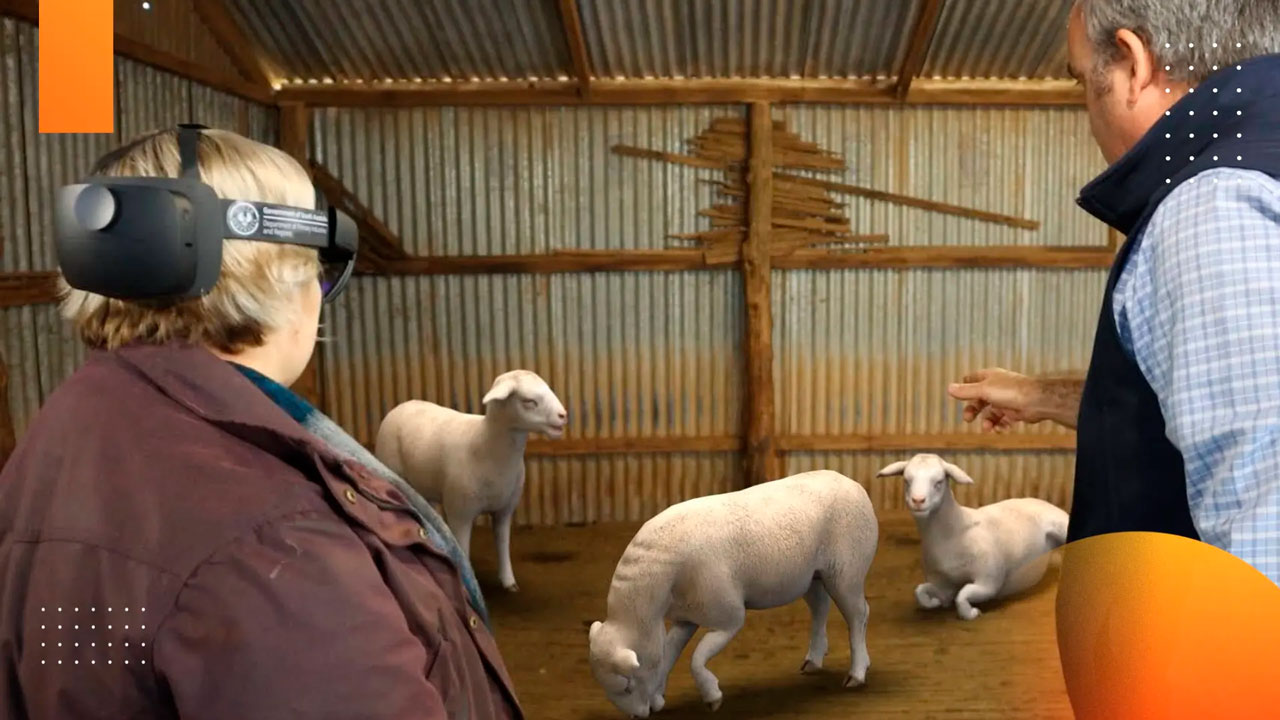 The red meat and livestock industry contributes more than $18 billion a year (or about 1.4 percent) of the gross domestic product in Australia and employs directly and indirectly almost half a million people.

“An outbreak of a disease such as foot and mouth would be devastating for our producers,” says Emily Mellor, who leads the Red Meat and Wool Growth Program at the Department of Primary Industries and Regions South Australia (PIRSA). “We’d be shut out of our export markets straight away and it would also have a huge impact on the domestic market.”

In fact, a widespread outbreak would cause economic losses of around $80 billion over 10 years, including flow-on effects through the agricultural supply chain, and on farming communities, hospitality and tourism, according to the Australian Bureau of Agricultural and Resource Economics and Sciences.

Traditional methods of educating primary producers about emergency animal diseases relied on static photos and textbook descriptions in brochures or presentations. But they didn’t have many cuts through with farmers.

“They weren’t encouraging farmers to have those really important discussions about biosecurity planning on their farms and emergency animal disease preparedness,” Mellor says. “Also, it’s difficult for producers to identify the signs and symptoms when they’ve never seen these diseases face-to-face. Not just foot and mouth but some of the more exotic diseases we’ve never seen in this country”.