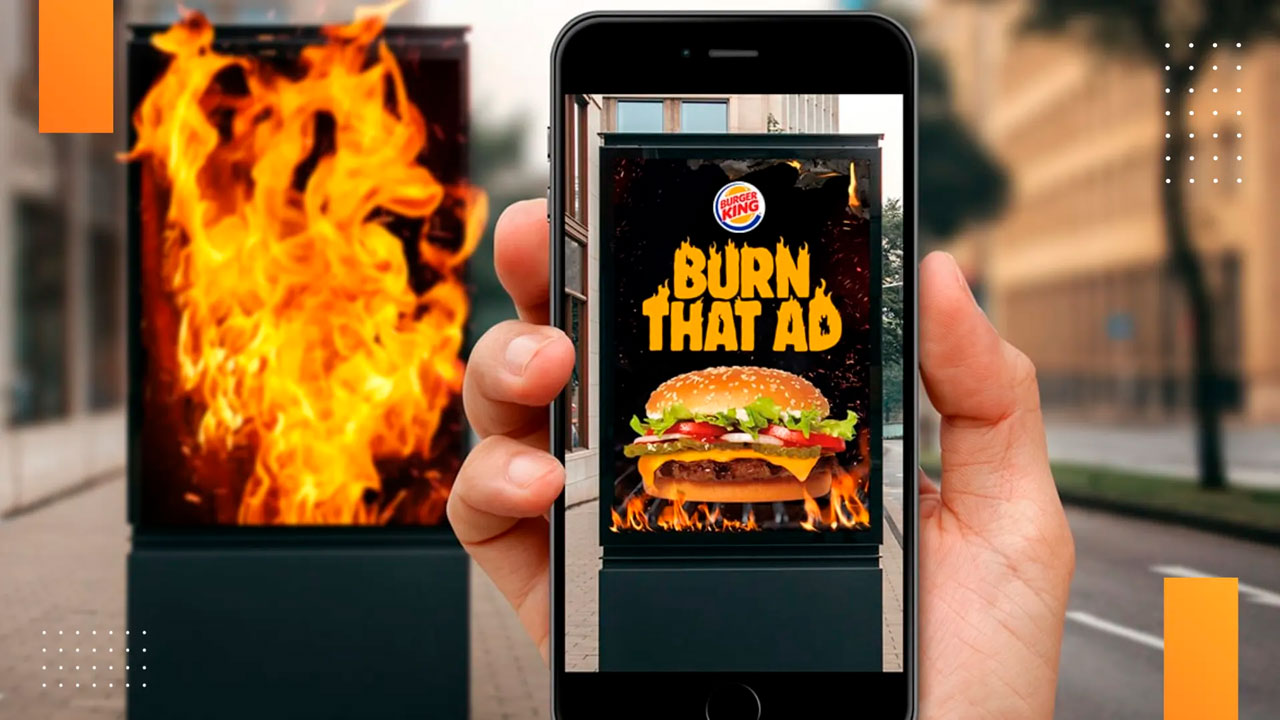 When the flames burn away, the person is left with a screen that tells them they’ve received a free Whopper to be savored at the nearest Burger King restaurant.

Augmented reality is a fascinating tool. And when combined with a little pyrotechnics, it is even better. With ‘Burn That Ad,’ the competition was hacked by leveraging BK’s biggest advantage, which is fire.

The BK app promo was created exclusively for Brazil to promote using BK Express, a digital tech tool allowing any customer to pre-order and avoid lines. The strategy allows Burger King to turn the media investments of its main rival (including conventional media such as billboards, magazine ads, discount coupons, and others), into ads of its own.