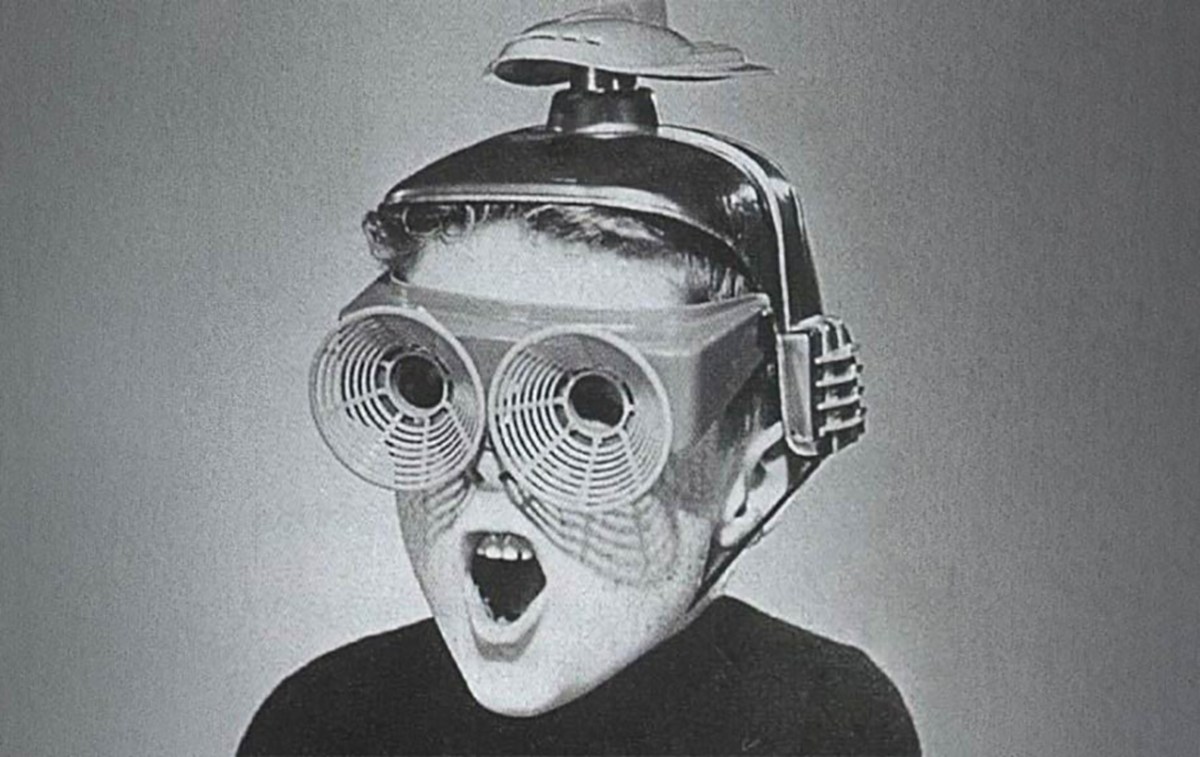 Today, computer graphics is applied in many areas of our daily lives. With the 21st century humming along, it’s hard to imagine an architect, engineer, or museum designer working without a computer graphics workstation. In recent decades, the rapid development of microprocessor technology has produced faster and more efficient computers, equipped with the best and fastest graphics processing boards and at affordable prices. They are systems that are made affordable even for an average user, so that he can move through the inhospitable world of computer graphics. This fascination with a new, self-generated parallel reality often begins with “play games” and lasts forever. It allows us to see the surrounding world in another dimension and experience things that are not accessible in real life, and that have not yet been built by man. On the other hand, the world of three-dimensional graphics has no borders, no restrictions, and can be created and manipulated by ourselves as we wish – we can improve it by a fourth dimension: that of our imagination…-

But it is not enough: we all want more and more. We want to enter that world and interact with it – instead of just seeing it on a screen. This technology, which has been becoming overwhelmingly popular for a long time, we call it Virtual Reality (from now on we will call it VR). The first idea of ​​VR was put forward by Ivan Sutherland in 1965: “to create a (virtual) world that looks on a screen and looks real, sounds real, feels real, and responds realistically to the viewer’s actions” (Sutherland, 1965). A long time has passed since then; Much research has been done and its status quo has evolved: “Sutherland’s challenge of the ‘Promised Land’ has not yet been met, but at least we can see it” (Brooks, 1995).

Let’s take a brief look at the last four decades of VR research and explore its highlights:

• Sensorama: In the years 1960-1962 Morton Heilig created a multi-sensory simulator. It was a pre-recorded color and stereo film, which was completed with a binaural sound, with smell, with wind and with added experiences of vibration in the seat. This was the first approach in creating a virtual reality system with all the features of a virtual environment, but it was not interactive.

• The Ultimate Display: In 1965, Ivan Sutherland proposed the ultimate solution for creating virtual reality: a concept of artificial construction of the real world, including interactive graphics, force feedback, sound, smell, and taste.

• «The Sword of Damocles»: the first virtual reality system made on hardware, not only as a concept. Ivan Sutherland built a device considered to be the first head-mounted display (HMD), with proper real-time monitoring of the head. The image was complemented by a stereo view that updated correctly according to the user’s head position and orientation.

• GROUP: the first prototype of a VR feedback system made at the University of North Carolina (UNC, USA) in 1971.

• VIDEOPLACE: Artificial Reality created in 1975 by Myron Krueger: «a conceptual environment, without existence». In this system, the silhouettes of the users captured by the cameras were projected on a large screen. Participants were able to interact with each other thanks to image processing techniques, which determined their positions in 2D screen space (which would eventually evolve into the Kinect system).

• VCASS: Thomas Furness, at the US Air Force Armstrong Medical Research Laboratories, developed the Visual Airborne Systems Simulator in 1982 -; it was an advanced flight simulator. The fighter pilot wore an HMD in his helmet that augmented his view out of the cockpit, generating graphics that described orientation, or optimal information, about his flight path.

• OPV: the VPL company makes the popular DataGlove (1985) and the Eyephone HMD (1988), the first VR devices commercially available to the public.

• BOOM: marketed in 1989 by Fake Space Labs. BOOM is a small box containing two CRT monitors that can be viewed through the eyeholes. The user could hold the box, hold it to their eyes and move around the virtual world, since the digital system included could measure the position and orientation of the box.

• UNC Walkthrough Project: in the second half of 1980, at the University of North Carolina, an architecture application was developed so that it could be toured virtually. Various VR devices were built to improve the quality of this system, including HMDs, optical trackers, and the Pixel-Plane graphics engine.

• Virtual Wind Tunnel: Developed in the early 1990s, it was another NASA Ames application that allowed the observation and investigation of flow fields with the help of BOOM and a DataGlove.

• CAVE: Introduced in 1992, the CAVE (CAVE Automatic Virtual Environment) is a scientific visualization system combined with virtual reality. Instead of using an HMD, it projects stereoscopic images onto the walls of a room (user must wear LCD shutter lens). This approach ensures superior image quality and resolution, and a wider field of view compared to HMD-based systems.

• Augmented Reality (AR): a technology that “presents a virtual world that enriches, rather than replaces, the real world” (Bryson, 1992c). This is achieved through transparent HMDs, which superimpose virtual three-dimensional objects on real objects. It was previously used to enrich the fighter pilot’s view with additional flight information (VCASS). Thanks to its great potential – the enhancement of human vision – augmented reality became the focus of many research projects in the early 1990s.

What is VR? What is not VR?

In the early nineties, as we said, the development in the field of virtual reality became much more complex and varied, making the term Virtual Reality very popular. You could hear about Virtual Reality in almost all kinds of media, especially those related to Hollywood blockbusters, now incomprehensible without synthetic graphics, and if not, ask Marvel. This promising and fascinating new technology captured more interest in the public than, for example, typical computer graphics. The consequence of that is that today the border between 3D graphics and Virtual Reality is confusing. We are going to briefly explain some definitions of Virtual Reality and its basic principles.

Virtual reality (VR) and virtual environments (VE) are used interchangeably in the computing community. These are the most popular and most used terms, but there are many others: Synthetic Experience, Virtual Worlds, Artificial Worlds or Artificial Reality. All of these names actually mean the same thing:

• “Real-time interactive graphics with three-dimensional models, combined with display technology that offers the user immersion in a world model and direct manipulation.” (Fuchs, 1992)

• «It is the illusion of participation in a synthetic environment, rather than the external observation of such an environment. VR is based on something three-dimensional, stereoscopic. with the use of a head-tracker, hand/body tracking and binaural sound. VR is an immersive, multi-sensory experience.” (Giant, 1993a).

• “Computer simulations that use 3D graphics and devices such as the DataGlove to allow the user to interact with the simulation.” (Jargan, 1995).

• «Virtual reality refers to immersive, interactive, multi-sensory, viewer-centered, three-dimensional environments, with the combination of the technologies necessary to build these environments». (Cruz-Neira, 1993a).

• «Virtual reality allows you to navigate and see a world in three dimensions and in real time, with six degrees of freedom. (…) In essence, virtual reality is a clone of physical reality». (Schweber, 1995).

Although there are some differences between these definitions, they are essentially equivalent. They all refer to VR as an interactive and immersive experience (with the sensation of physical presence) in a simulated world (Zeltzer. 1992), (see graphic below) – and this reference will be used to determine the level of technological advancement of VR systems.

Many people, primarily researchers, use the term Virtual Environments instead of Virtual Reality “because of the hype and unrealistic expectations that are associated with it” (Gigante, 1993a). Also, there are two important terms to mention when talking about VR: Telepresence and Cyberspace. Both strongly coupled with VR, but with a slightly different context:

• Telepresence: it is a specific type of virtual reality that simulates a real but remote environment (in terms of distance or scale). Another more precise definition states that telepresence occurs when “in the workplace, handlers have the skill to allow the operator to perform normal human functions; at the control station, the operator receives sufficient quantity and quality of sensory feedback to provide a real sense of presence in the workplace.” (Held., 1992).

• Cyberspace: it was invented and defined by William Gibson as “a consensual hallucination experienced daily by billions of legitimate operators (…) a graphic representation of data extracted from the banks of each computer and directed to the human system”. Today the term cyberspace is associated more with entertainment systems and the World Wide Web (Internet).

We will intentionally leave all questions that may arise from this point open. The overwhelming evolution of virtual reality technology indicates that it can pose a real danger to society. VR may become the ultimate drug for the masses. It is our responsibility to choose the correct dose.

If you want to receive our newsletter and EVE articles by email, please fill out and send the attached newsletter, completing the corresponding field in the registration form below. Your email address (please make sure you write it correctly), will be used exclusively to send you our newsletters and articles, and you can unsubscribe at any time you want. If you haven’t received your subscription confirmation, please check your spam folder.