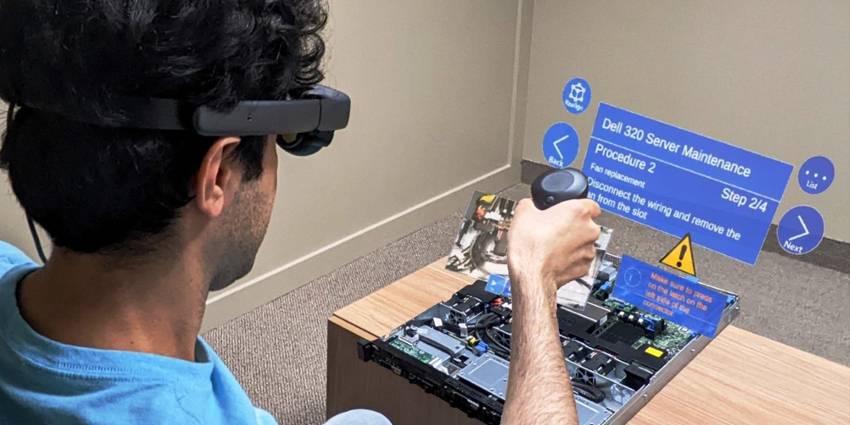 Arvizio, a provider of augmented and mixed reality (AR/MR) solutions for Industry 4.0, announced on Tuesday version 2.0 of its AR Instructor remote guidance tool.

Additionally, as part of AR Instructor 2.0, the company has announced that the SaaS platform is debuting in the upcoming Magic Leap 2 headset, set for general device availability in September this year.

Related: What is WebAR and how will it drive mass adoption of Augmented Reality?

AR Instructor is available on other headsets, including Microsoft HoloLens 2 and the original Magic Leap device. Additionally, Arivizio debuted device support for Apple iPads, iPhones and Android smartphones in June.

“Organizations adopting AR to quickly train, empower and maximize their workforce demand a solution that is easy to use and device agnostic. With the addition of Magic Leap 2, and robust feature enhancements, Arvizio’s AR Trainer 2.0 expands the flexibility of cross-platform devices and provides tools for effortless user management and workflow creation.”

Magic Leap has been announcing its second device for a year. Earlier this month, MR technology vendors confirmed the device’s launch date of September 30.

The news comes as Magic Leap debuts three editions of the device for consumers, businesses, and developers. In July, the company partnered with NavVis for AR-powered digital twins and 3D mapping tools.